Former Westlife member Nicky Byrne has joined 2fm's new line-up and will present a new 11am show on weekday mornings.

The 35-year-old Dubliner previously presented 2fm's Celebrity Sunday in 2010 and filled in for Ryan Tubridy in May of last year.

Commenting on his new role, Byrne said today: “Dan Healy [head of 2fm] has amazing plans and vision for the station moving forward and it is very exciting for me to be part of those plans.

"There is a real belief from within about where the station can go -   the thought of being on air Monday to Friday is daunting but very, very exciting. It is a massive opportunity for me, one in which I hope I can deliver on forming a successful relationship with the station for many years to come.

"Now it's time to start planning, developing and presenting my new show and I really can't wait to get chatting to our listeners nationwide daily."

Byrne will be joined by another new voice to day time radio on 2fm who will be announced in the coming days. This is the second announcement in the new 2fm shake up. Bernard O’Shea, Keith Walsh and Jennifer Maguire were revealed last week as the new 2fm breakfast presenters.

Since Westlife's split, Byrne has began a TV presenting career and has most recently presented RTÉ’s The Hit and last year took part in BBC series Strictly Come Dancing and RTÉ Two’s Football’s Next Star.

He is married to Georgina Ahern, the eldest daughter of former Taoiseach Bertie Ahern, and they have twin boys and a daughter.

Just jumped outta the shower & I see alls breakin loose on twitter! I'm delighted to to be joining @RTE2fm #NickyByrneShow Weekdays 11am?? 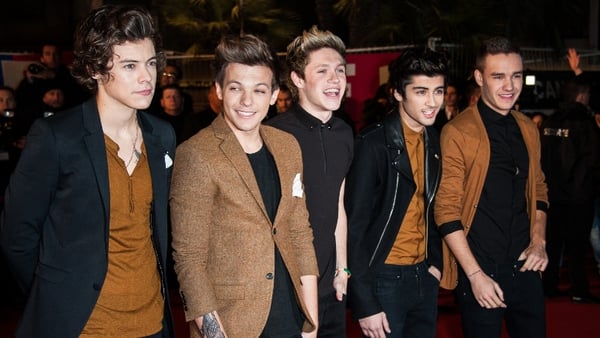