With The Day of the Doctor set to air on BBC One on Saturday November 23 at 7:50pm, Doctor Who star Matt Smith has been speaking in a BBC interview about appearing in the 50th anniversary special.

What is it like starring in the 50th anniversary special, one of the biggest years for the show?
Matt Smith: It's a thrill to be in the 50th anniversary. I feel very proud to be part of it and it's a credit to everyone who started the show back in the 60s that it's come this far. It's a great format and a great idea.

The Day of the Doctor marks the return of David Tennant and Billie Piper, and we get the revelation of John Hurt's Doctor. What was it like working alongside them all?
It was a joy to work with David, Billie and John Hurt. I've worked with Billie before and I'd obviously seen all of David's work, especially as the Doctor. He's a brilliant actor and a brilliant Doctor. It's quite strange, I always sort of get that surreal thing of looking at David and thinking, 'Oh my God, there's Doctor Who'. And John is acting royalty. Another wonderful Doctor and again, a good bloke. I think looking back over my tenure on this show, one of the great privileges has been the quality of actors that you get to work with.

Was there any kind of competitiveness between the different Doctors and companions?
No, we're not competitive, I mean there's a funny bit in the script between the 10th and 11th Doctors comparing Sonics, so there's competitiveness in the story, but not off screen. We just had a laugh and it was exciting to see David back in the pinstriped suit and Converse. John only has to move his eyes and he floors you and Billie is Billie. I adore Billie, so we had a great time.

But I think the wonderful thing was there was great down time. I just enjoyed spending time with David and obviously for me as well, as I am about to leave the show, it was really interesting to talk to him about that experience and his experience on the show, because it is a very individual experience playing the Doctor. It was quite nice to go, 'What was that bit like for you?' and it was just sort of enlightening really.

Moving on to stunts, some pictures have been published of you hanging from the TARDIS in front of crowds in Trafalgar Square. What was that like and did you need to be convinced to go up there?
I was hoisted up over 90 feet, double Nelson's Column, hanging on a wire under the TARDIS. They used the biggest crane I think they had ever brought to Trafalgar Square. I really had to persuade them to let me go up, but I had the most wonderful view of London. It was raining and really windy, but I loved it and would do it again. It was one of the rare brilliant opportunities that you only get with Who.

As well as being shown on BBC One, 'The Day Of The Doctor' will be available in 3D to those with a 3D TV and in some cinemas. What was it like filming in 3D?
The rigs for the cameras are much heavier and poor Joe, who is our wonderful cameraman, had a very tough time of it. It was like having a six-year-old or seven-year-old child on your shoulder all day. There's just a lot more time, the technical process of filming everything is more laborious.

But also there are a lot of plusses and I'm really excited to see how Doctor Who lends itself to it, because I think as a show and a format it really suits the idea of being shot in 3D. I think it's good for a show like Doctor Who to be at the forefront of technology and that's what we've always been. It's always been at the front of the advancement in film and even with the wobbly sets, at least they were having a go and I think it's a good step forward. It's an evolution. 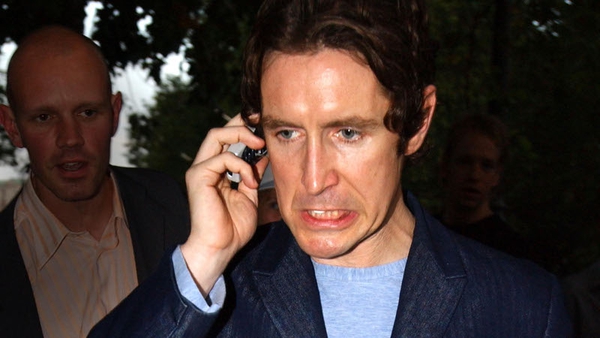 Paul McGann returns to Doctor Who in mini-episode