The death last month of Jóhann Jóhannsson at the relatively young age of 48 shocked the many devotees of his appealing art. The Icelandic composer’s score for the James Marsh-directed film The Mercy, starring Colin Firth and Rachel Weisz, has just been released.

It has been observed how still, how deliberately immobile, is the mood of his score for The Prisoners, the 2013 movie starring Hugh Jackman and Jake Gyllenhall. The Nordic master of melancholia delivered what was a brooding, glacial sound-scape, something like a requiem of profound depths, of spiritual reflections.

Well before Jóhannsson's soundtracks for movies such as The Prisoners, Arrival and The Theory of Everything, his album IBM 1401: A User’s Manual, released in 2006 made people sit up and listen. That curious experiment featured deadpan commentary from an English gentleman-expert talking without inflection about the features of that early computer. The man’s sterile speech worked almost like a mantra, set to Jóhannsson’s intelligent and curiously sympathetic stream-of-consciousness.

Fordlandia, released in 2008, consolidated the critical acclaim and 2011’s The Miners’ Hymns built further on the stellar reputation. Hans Zimmer famously got the Blade Runner 2049 soundtrack gig and apparently there is a rejected Jóhannsson soundtrack in the vaults which may see the light of day sometime.

The overall tone on The Mercy is generally one of heroic majesty, a kind of epic intimacy, with light, sparkling touches. Some of it seems to tread water, if you will, which is not really a criticism - a movie score cannot be lashing out the fireworks all the time or people won't concentrate on the story. Happily, the pieces are short, so what might seem a bland time-filler soon cedes place to something that will have you rooted to the spot with its stark beauty. A case in point is track three, The Good Ship Teignmouth Electron which is nothing special. But it is followed by A Sparrow Alighted Upon Our Shoulder which is haunting and quietly passionate.

I loved that astringent string quartet on She Loves to Ride the Port Ferry When it Rains, and the remote, intermittent telephone voice of the lady reciting numbers in Spanish on The Radiant City as beguiling piano lines are unspooled.

Remarkable too is the plaintive tubular bell or vibraphonic sheen that lends such richness to the plaintive Three Thousand Five Hundred and Ninety One Benches.  At his best, Jóhannsson was the alchemist of a mysterious, pale beauty that will continue to entrance us. 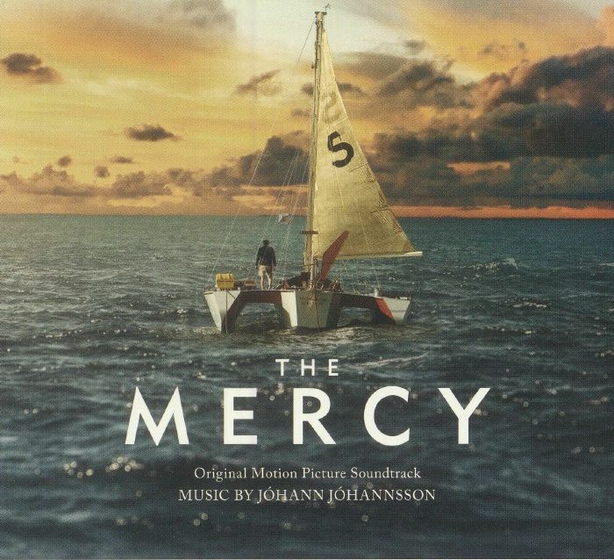