Amy Schumer's debut film Trainwreck opened to impressive box-office numbers in 2015 and earned the comedienne a Best Actress Golden Globe nomination. Unfortunately, her follow-up flick goes off the tracks completely on a one-way ticket to Razzieville.

Dumped by her rock star boyfriend (Randall Park and his impressive goatee) on the eve of their exotic holiday, Emily Middleton, (Amy Schumer) a wild child and social-media obsessed New Yorker, persuades her mother Linda (Goldie Hawn) to be her travel buddy on her a non-refundable trip to Ecuador.

Hawn's character, a neurotic security-obsessed divorcée who lives with cats and her agoraphobic son (Ike Barinholtz) is somehow talked into it. For a while, we are happy to be talked into the trip too; Goldie Hawn is making her big screen return after 15 year after all. 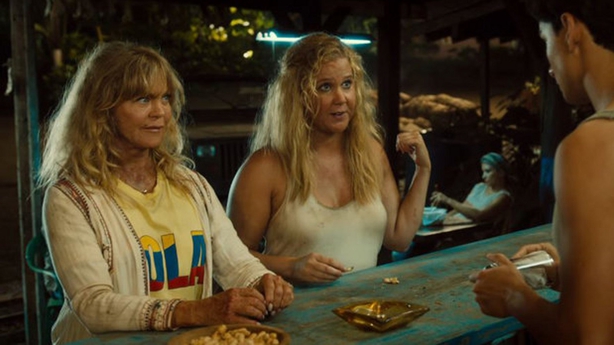 Emily's poor life decisions set the stage for the ensuing mayhem of them being kidnapped by a nefarious gangster (Oscar Jaenada) and his gun-toting thugs, leading to an escape run through the jungles of the sun-drenched Amazon.

You want to like the results of the dysfunctional mother/daughter odd couple comedy but most of the time the zany circumstances and gross-out slapstick feels too forced and worn out. 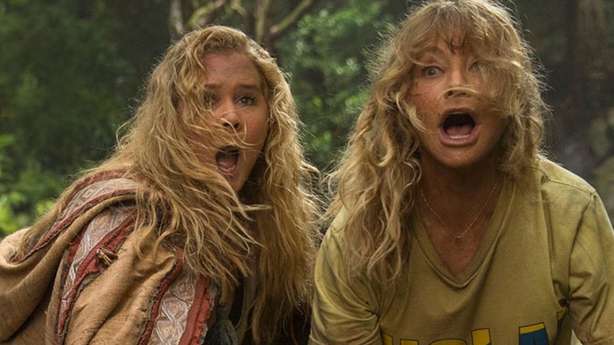 The few and far between laughs only work because Goldie and Amy easily bounce off each other but the majority of the script resorts to lame jokes and clichés to pass the time. Even when the movie does find something funny, it runs the gag into the ground.

Schumer is hamstrung into her usual no-holds-barred role and as always she has no qualms dishing out satirical commentary on the trials and tribulations of the modern woman. Her desperation for each scene to be louder and broader quickly turns the movie into a one-woman show.

Hawn hasn’t appeared in a film since 2002’s The Banger Sisters, and sadly her grand return was a missed opportunity.

You're unlikely to remember Snatched after the credits role but there are just enough lols to warrant stealing your time.