66 young international pianists will compete in the Dublin International Piano Competition (May 15- 26) now ranked in the top  5 piano competitions in the world. 27-year old musician Fiachra Garvey was the top Irish performer in the 2009 competition. Paddy Kehoe talks to the veterinary student turned pianist.

Being the top Irish prize-winner and walking away with the Brennan Prize and the McCullough bursary opened many doors for Fiachra Garvey. Not least was the funding for his solo piano record, released to much acclaim on the RTE lyric fm label in 2012.

The musician also attributes concerts in London, Venice and Geneva directly to his Dublin success, and such is his enthusiasm for the competition that he hopes to make it back to attend the semi-final and final of this year's competition. He will be back anyway for a recital at Killruddery House on May 28, so he is hoping to return a few days earlier. 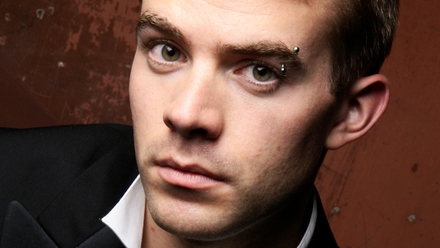 Piano is his passion, and he can wax lyrical about Bartók, Prokofiev and Stravinsky, about Barber, Beethoven and Brahms. (He can also wax lyrical about Nirvana's live performances and he name-checks Mumford and Sons too at one point.) We spend quite a deal of time talking about performing solo, the somewhat rarer thrill of playing with an orchestra, and the business of compiling programmes for concerts and negotiating fees. Well, that's all down to Fiachra himself, who is currently his own manager. Like many a musician in a similar situation, he would like to have a manager he could trust to look after that side of things. 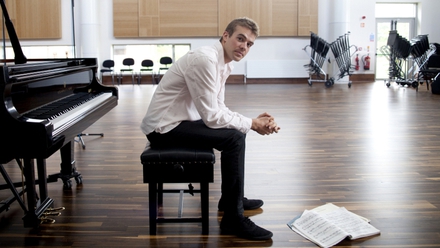 He has won many illustrious awards and bursaries in his relatively short career to date. What does he do to switch off? “I’m big into sports and stuff," says the amiable musician.. He grew up on a farm near Blessington, but these days he bases himself in London. 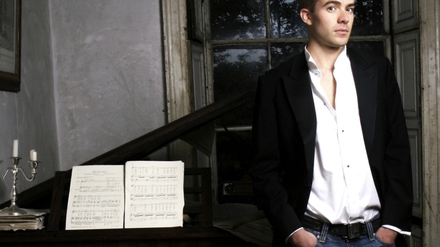 “I play a lot of football with my friends, or I go running. I play a lot of tennis, swimming, I go on hikes. Yeah, I’m into sporty stuff which maybe isn’t so typical of a lot of musicians. I’m aware too of many musicians who drink too much, it can be a very unhealthy life-style if you’re not careful. I’ve got friends at my age who are already maybe drinking and smoking a bit too much."

Plus he just wants to be healthy anyway. “The very fact that you are sitting down every day for six, seven hours," he reflects, referring to the hours of practice. “Being from a farm, I’m used to being outside doing physical things. I need to do that every day or else I feel a bit strange.”

The family farm is in the town-land of Ballyknocken, at the far side of Blessington Lake, which is not to be confused with the Ballyknocken of Catherine Fulvio fame. (Fiachra believes there may in fact be three Ballyknockens in County Wicklow.)

In fact, a farming-related career was very much his apparent destiny just a few years ago. He was in his second year of veterinary studies at UCD when he changed paths and embarked on music-full time, setting his sights on the then AXA 2009 Piano competition. “I put the veterinary on hold and haven’t really looked back since.”

Fiachra was back in Ireland a few weeks ago to do a concert at Google HQ, which, he says was "very cool".

"It was the same time as my dad was doing the lambing, so literally a few hours before the Google thing, I was doing loads of lambing. I love it, it’s one thing I always look forward to, going home, is to do a bit of that.”

He returns frequently and has even been back since lambing time to do concerts in Belfast and Kerry. “I love being home for a few days, dosing the sheep or ear-tagging them, I really enjoy it. We’ve got suckler cows, we don’t have the stress of milking them every day. We let the calves do that, that’s a much more humane system, I think, which is nice.” 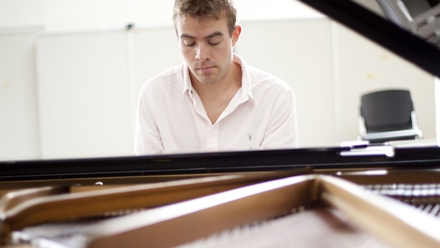 He loves hiking up the farm as well, 'up' being the operative word. “We’re literally at the foot of the Wicklow mountains, so I’ll climb up Moinbawn most days, or I’ll go up to the turf banks, yea, I’m quite the mountain goat.“

Visit http://www.dipc.ie for event information and ticket details for this year's Dublin International Piano competition, Friday May 15 to Tuesday May 26.

Watch  - and hear  - Fiachra in performance in these three very different musical set-ups: