One Hundred Years in the Life of the Nation, Told by its People is the matter of broadcaster and historian John Bowman’s new book, which assembles eye-witness accounts and reportage to construct a fascinating record of a century of change.

You open the opus randomly and find details that immediately conjure up another Ireland. "They had trains running on turf and it took about six or seven hours to get from here to Galway. " How would the latter situation go down in our time-precious lives of bustle. How would we mind the fumes as we consulted our iphones with the windows open on a sunny day?

The sentence comes from Maureen Diskin who worked in a bank on Grafton Street throughout the Second World War, as she recalls the situation in year the war ended, 1945. Travel out of the country was problematic and not to be recommended. "Boats, of course, weren’t safe because they were bombing them,"“ Maureen remarks, as recorded in Benjamin Grob-Fitzgibbon’s oral history, The Irish Experience During the Second World War.

The late Breandán Ó hEithir tells a delightful anecdote from 1943, as reproduced from his iconic GAA memoir, Over the Bar. The (Cavan-based) Traveller Billy Doonan was en route to Monte Cassino as a British Army radio operator when he went missing one Sunday. His comrades in the unit wondered about this, it was unlikely that he could have been shot, as there was a lull in hostilities.

Eventually Doonan, who was described as `a natural footballer' by Ó hEithir  was found. "He was up a tree on the side of  a steep hill and he seemed to be in a trance," writes Ó hEithir mischeivously, as only he could. Doonan had discovered the ideal listening post to hear the Roscommon v Cavan All-Ireland Football Final, as relayed from Croke Park. So the Second World War wasn’t by any means all misery and turf-fired transport, even when you were signed up and heading for a showdown.

Much earlier, there is Padraig Pearse writing to his mother, and Nora Connolly recalling the circumstances of her father James’s sad passing. Seamus Heaney remembers the visionary composer and musician, Seán Ó Riada (as taken from Dennis O'Driscoll’s book of interviews with the Nobel Laureate, Stepping Stones). There is John Waters on offensive language, and Colm Tóibín on The Late Late Show’s glorious serendipity. "They never announced in advance who was coming on next and it could be a nun who didn’t believe in being a nun or it could be someone talking about sex. "

Or enjoy once again the keen, pragmatic intelligence of Nuala O’Faolain in The Irish Times as she expounds on a peculiarly Irish approach to atheism. "Is it a good way to live – to see to it that the children appear to be Catholics, while steering clear of the whole thing yourself? " In this remarkable collection, John Bowman has assembled 478 pages of compelling social history and it should be included in a certain class of Christmas stocking.

Ireland The Autobiography is published by Penguin Ireland. 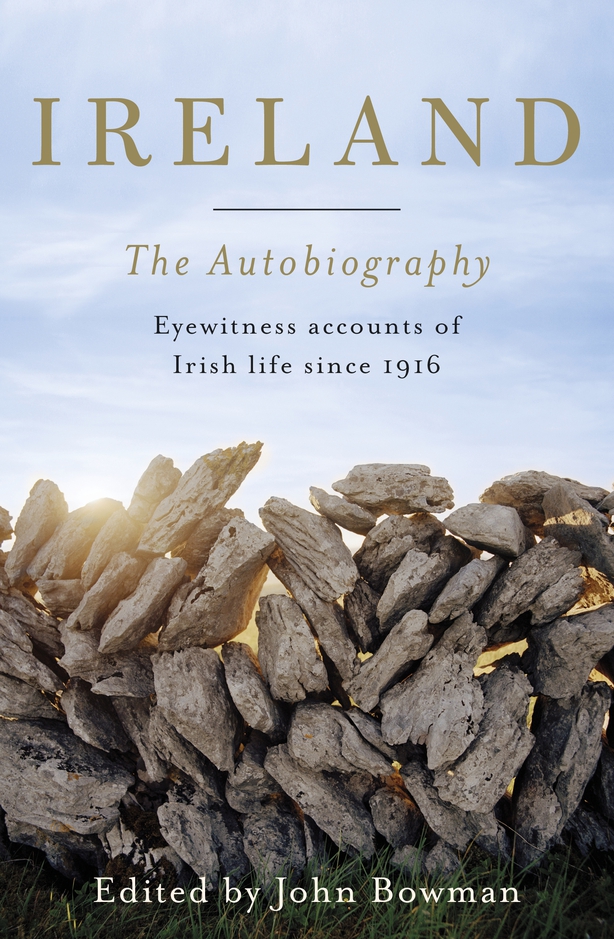