Paul Murray’s recently-launched novel The Mark and The Void attracted as much attention for a negative review in a certain paper of record as it did for the book itself. The quiet-spoken novelist tells Paddy Kehoe that he doesn't read book reviews.

Usually when a novelist declares that he or she does not read reviews, one takes for granted a certain dismissive, imperious tone. Paul Murray, on the other hand, manages to be unruffled about one now notorious appraisal of his latest novel, as though a bad review was about as irritating as the whine of a coffee machine in the background.

Okay, so friends mentioned something about a review, whose criticisms, incidentally are best confined to the paper that published them. "I just give it as little thought as I can . . .occupational hazard, what are you gonna do.” Would he have a thick skin about such reviews? ”Well, as I say, I don’t read the reviews. The book is finished, like, there’s nothing I can do about it, so it’s not really helpful to read them.”

Sardonically funny and sharply contemporary in tone and language, The Mark and The Void is set in the nervy world of finance, high octane banking, takeovers, derivatives trading and, er, pressed chinos. The chief characters are mere foot soldiers, junior analysts on the sidelines, who dig up information for the Bank of Torabundo and its clients.

The Dublin HQ of the Bank of Torabundo is the seething cauldron in and around which much of the action takes place. Claude is a young Frenchman, employed by the bank whom the writer Paul wants to be the hero of his novel. On paper, that sounds illogical but it has its own novelistic logic and is part of the charm of the story. The curiously-named Ish is the Australian woman who also works for Torabundo, as does the German Jurgen, but it is with the sultry Greek waitress Ariadne that Claude ultimately falls in love.

“The guys in the book are analysts, they’re not traders, they’re not the dick-swinging, coke-snorting types, " says Murray. "They’re mid-ranking basically -like anybody in a big institution they are fearful for their jobs, and they’re wondering what’s going to happen to them.”

The characters certainly have no responsibility for the banking crash or anything even tangential to it, as the novel presents them. The baddies were elsewhere.“The reason that that world of banking was let go to the crazy extent that it did is because everybody else was going - "nothing to do with us and let those people do their abstractions and their derivatives and we’ll get on with their lives. I genuinely believe that the bankers are the unacknowledged legislators of our time." He felt it should be written about. "Banking is the engine that drives all other relationships, so you can’t afford to ignore it. “ 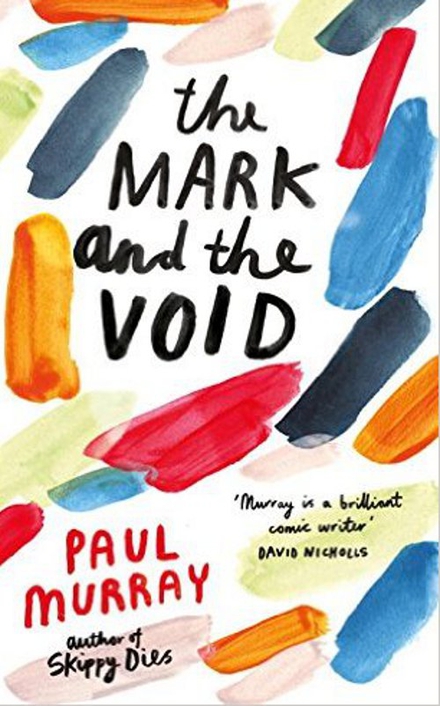 Has the author got any inkling about what Dublin-based financiers might think about The Mark and the Void? “Well, the book is just out, I’ve got a couple of friends who work in ‘that world’ and I’d be interested to know if they actually read it. We had the launch last night and a couple of them turned up and bought the book – as to whether they’ll read it is another matter."

He says he would be interested in hearing their take on it, although he wasn't sure that bankers read a lot of novels. "I would be surprised oi they did. Maybe that’s part of the problem with the financial industry . . . .  if they all sat down and read Marcel Proust or something, instead of the FT one day a week. “  Ultimately, Murray believes that there is nothing to learned from “obsessively scrutinising tiny fluctuations in the stock market.”

The author, who was born in 1975, read extensively on the subject of banking and money to help research the novel but he also casually talked to people. “I didn’t track people down but I’d run into people. Someone’s husband might work as a risk analyst and I’d talk to him for half an hour at a party, and you would find out details that are exactly what you are looking for, and that would make it seem convincing. One guy said that if you were sick you would never tell your colleagues. If you had to go to the doctor, you’d make up an excuse, you’d tell them the electrician was coming.”

Murray's first novel was the well-received An Evening of Long Goodbyes, his second, Skippy Dies, a humourous tale set in a Dublin boys school - was published in 2010. Skippy Dies was the breakthrough Murray book, which aside from doing the business in English, was translated into French, German, Russian, Korean and Dutch. The writer has no idea how many copies Skippy Dies has sold, but it did well in Germany where he went on a ten-day book tour of cities like Berlin, Frankfurt, Hamelin and Leipzig. 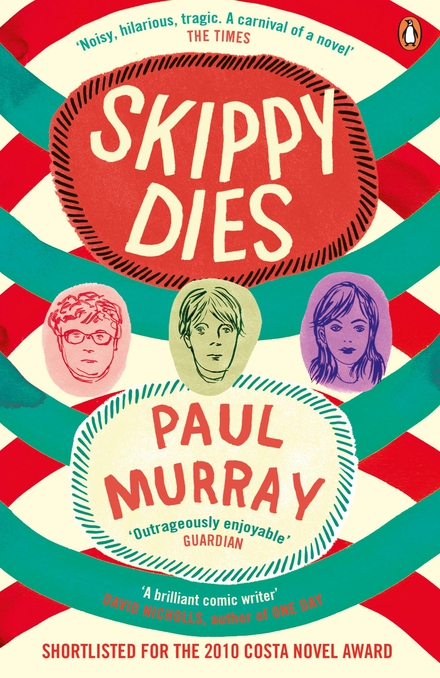 After our conversation, he would visit the UK and to appear at the iconic Shakespeare and Company bookshop in Paris to promote The Mark and The Void in its English incarnation. Skippy Dies also did well in the USA and he will return in October to promote the new book. (He is pictured below in 2010 when Skippy Dies was first published.) 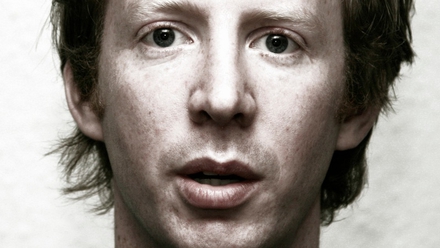 Murray's partner is Miriam and they have a three-year old son Sam. They are both acknowledged in the end credits.  “For Miriam and Sam – for real life, my love and gratitude to you always.” To take a break from the solitary work of writing fiction, he runs in Phoenix Park. He is not working on another book at present. “No, I’m not," he replies when I ask, laughing shyly. " 'Let the.. . ' what’s the phrase, how would you put that? “ Let the hare sit, I offer. “Let the hare sit, “ he repeats, content with that image.