Their debut single, It Bends in the Middle, featured in Kerrang's 'Top 10 songs you should hear now’ list, they have supported Therapy, played the Edinburgh Fringe festival and Kilkenny rock god Cormac Battle of Kerbdog sing on their single Big Dime.

Dan Austin (Pixies, Doves, You Me At Six) was drafted in to mix Levil9.

Front man Willy says of the song, "Levil9 started as a joke, equating to the Spinal Tap guitar amp that goes to 11 as a song, Levil9 is the thing that you’re best at and how good you think or know you are at it, and it’s a feeling. When everything is s****y around you, you can turn to whatever your thing is and forget your frets.'' 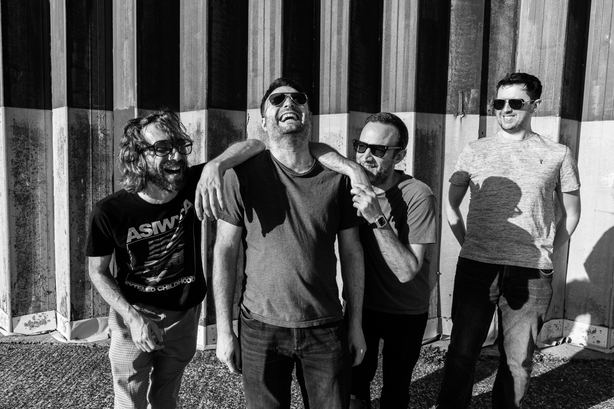 The rest of the band add, "Following the release of our last album, we found a real joy in writing music, and sharing ideas or songs we like with each other.

"With Levil9 we wanted to create a song that captured that uplifting energy, one of those songs where if the listener is having a bad day and they put it on, it brings them around a little, and psyches them up to rise to whatever challenge they are facing."

Willy’s kids answered this one: Awesome. Like to annoy our sisters. Get grumpy when we’re hungry.

The Beatles and Pixies are favourites, along with loads of metal, rock, punk and pop bands.

John: Wilt at the Empire, Belfast

John: My Bloody Valentine - (When You Wake) You’re Still In A Dream.

Willy: "Love has a nasty habit of disappearing overnight". The Beatles - I’m Looking Through You.

John: "Well the rich are getting’ richer, and the poor are gettin’ drunk". The Replacements - Asking Me Lies.

Ryan: "Power and the money, money and the power, minute after minute, hour after hour" Coolio - Gangsta’s Paradise.

Willy: I think I’d rather not have a song to listen to forever, you’d hate it after a day or two! But I do really like the Snoopy/Peanuts piano theme.