EastEnders has given fans a sneak peek at next month's Alfie antics in Albert Square.

Releasing photos, the BBC says: "Alfie is desperate to make his time in The Vic a success, but when he hears about a clash with a party at Peggy's, he pulls out all the stops. But just what will Linda make of his idea?" 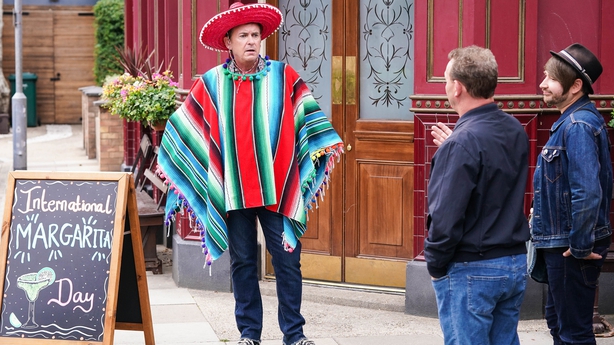 Fans can find out what happens next on RTÉ One and BBC One on Wednesday 5 October.