Fair City fans will hear mention of a former Carrigstown resident in Thursday night's episode on RTÉ One.

As Joan and Dearbhla discuss Joan's defence of Zak in the stolen goods case, the solicitor brings up a name.

"I did discover Barry O'Hanlon," she says. "Ring a bell?" 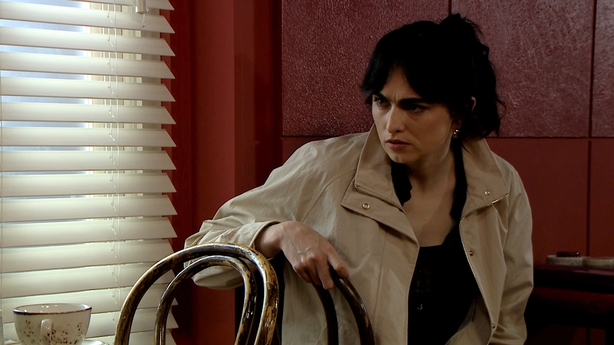 "Anything else?" asks Joan.