More than one in 10 cases of heart disease could be prevented if people slashed the amount of time they spent in front of the TV, a new study suggests.

Experts at the University of Cambridge said sitting around after a large evening meal - and snacking in front of the TV - all increase the risk of ill health.

They suggest that more than one in 10 cases of coronary heart disease could be prevented if people watched less than an hour of TV a day.

But, if that is not possible, they suggest getting up and moving around to break up TV-watching habits - and ditching the crisps and chocolates.

Dr Youngwon Kim, assistant professor at the University of Hong Kong and visiting researcher at the Medical Research Council's epidemiology unit at Cambridge, said: "In addition to reducing the actual amount of time you sit watching TV, there are other measures that you might take, such as breaking up your TV viewing and doing some light exercise in between.

"You could also try to avoid snacking, particularly on high-calorie foods such as crisps and chocolates.

"All of these measures could help better manage your risk of developing coronary heart disease."

In the study, published in the journal BMC Medicine, researchers calculated that 11% of cases of coronary heart disease could be prevented if people watched less than an hour of TV each day, but they found people using computers had no obvious risk. 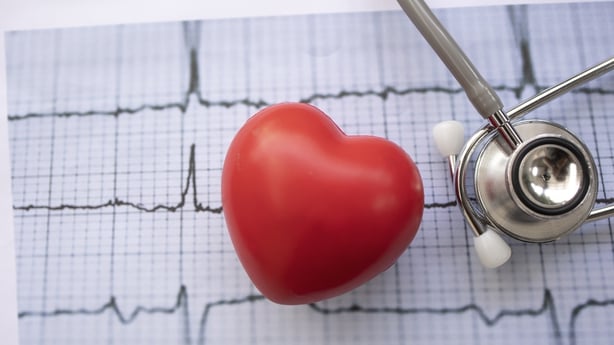 They used data from the UK Biobank study on 373,026 people and also looked at genetic susceptibility to heart disease.

The team examined the differences between people watching TV and using a computer for leisure by assessing their answers to questionnaires.

The findings over a 13-year follow-up showed that, compared with more than four hours of TV a day, there was a 16% lower chance of coronary heart disease if people watched less than an hour a day, regardless of genetic risk.

For those who watched two to three hours of TV a day, there was a 6% lower risk of developing the condition compared to watching more than four hours.

The study found that spending leisure time in front of a computer did not appear to influence the risk of disease.

The team suggested possible reasons for this, including that TV viewing tends to occur in the evening following dinner, often the highest calorie meal of the day, leading to higher levels of fats and cholesterol in the blood.

People may also snack more in front of the TV than when using a computer, while TV viewing tends to be prolonged. People using a computer may be more likely to break up their activity, they said.

Dr Katrien Wijndaele, from Cambridge, said: "Coronary heart disease is one of the most prominent causes of premature death, so finding ways to help people manage their risk through lifestyle modification is important.

"The World Health Organisation recommends reducing the amount of sedentary behaviour and replacing it with physical activity of any intensity as a way of keeping healthier.

"While it isn't possible to say for certain that sitting watching TV increases your risk of coronary heart disease, because of various potential confounding factors and measurement error, our work supports the WHO's guidelines."