Fair City scoundrel James Rafferty is back in Carrigstown on Tuesday night on RTÉ One.

James, played by Matthew O'Brien, was last seen in the locality as Juliet's (played by Ella Barton) sugar daddy.

He has returned as part of the new property development storyline.

Teeing up what's ahead, Fair City says: "Damien (Maclean Burke) prepares for a meeting about the foreman's job. 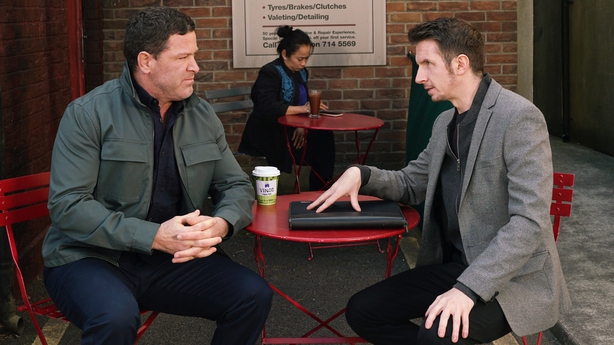 "James Rafferty - Juliet's ex-sugar daddy and the developer's son - offers Damien the job of project manager for the new development."

James tells Damien: "I want to move fast on this. Let's meet tomorrow - morning - and give me your decision."