Doug's conscience is a car crash when he visits Nora in hospital on Tuesday's Fair City.

Having caused the accident that has put Nora in hospital with a broken hip, Doug is wracked with guilt - and keeping schtum.

Ray thinks the accident was his fault and tells Doug: "If you hadn't acted as fast as you did, well... it could be a lot worse." 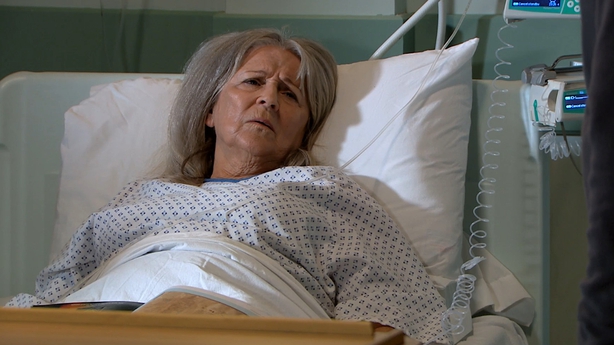