"I wrote it while isolated, in my old estate in Galway City," he says. "But I recorded it a year later, out of a spare bedroom, while I had the chance to travel around Granada."

Born and raised in Connemara, Eoghan spent most of his early life surrounded by traditional music and dance and went from impromptu sessions with family and friends in his grandmother's kitchen, to learning the piano on his older sister's broken old keyboard.

I'm a Connemara man (and proud), I'm currently treating a sunburn from stepping out into an overcast day without sun cream (bravely I might add), and I have been writing songs for over ten years now (with mixed results at the start). 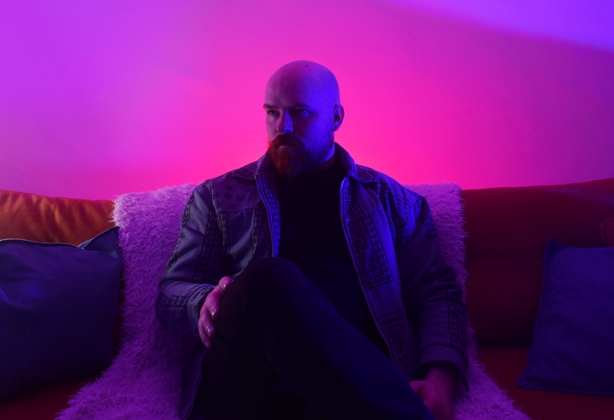 Genre-wise I would say indie-pop/indie-synth-rock, but really my main goal is to write songs that you can dance to on a night out and then sit down to listen to the lyrics of and have two totally different reactions. Whether I succeed or not is up to the listener I suppose!

Musically, I've always been inspired by The Killers and the way they tie synths and guitars together and then lyrically I would say someone like Father John Misty has been a huge inspiration to me. Even if my style is nothing like his, there's a vulnerability in his lyrics that I would like to someday be able to match.

Now for the embarrassing part. The first gig I ever went to was Steps. Yup. My dad brought me, my older sister, and my cousins when I was small, but I still remember it! Equally strange, I think the first record I ever bought was Europe's Greatest Hits when I was around 10. Final Countdown is some tune though.

I've been listening to Kneecap's H.O.O.D. every time I go to the gym, so probably that!

It changes depending on what my latest obsession is, but I'll go with "Is a dream a lie that don't come true or is it something worse?" from The River by Bruce Springsteen.

There's a song called Open Your Eyes by STRFKR that has been my most listened to song on Spotify every year for the past 3 years, so probably that.

You can listen to my music on any streaming platform you like and I'm definitely most active over on Instagram if that's your cup of tea. But for anything else, here are all my links.