EastEnders fans have been left guessing as to whether Vi will be saying goodbye to Walford on Thursday night on RTÉ One and BBC One.

The fallout from Vi's revelation that she had a son that she gave up for adoption saw Vi's grandson Stuart throw her out of the house. Now, she is ready to leave Albert Square - and Patrick is desperate to change her mind. 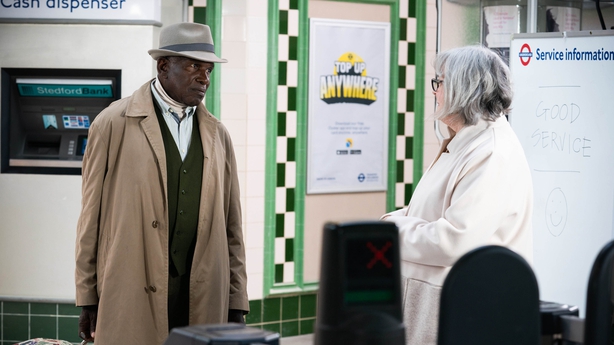 Releasing photos from Thursday's episode, the BBC says: "After Stuart throws Vi out of the house, Patrick does his best to convince her to stay in Walford and encourages her to talk to her grandsons, but will she listen?"

Fans can find out what happens next on RTÉ One on Thursday at 7:30pm and BBC One at 7:35pm.