Fair City's Vinny and Michelle are in way over their heads on Wednesday on RTÉ One.

Vinny says: "We've got the new list. Seán's not coming back, is he?"

"No," Michelle replies. "He's on his way to Malahide. What new list?"

"For the extra drop-offs," Vinny explains as she puts packets of drugs on the table. We're expanding." 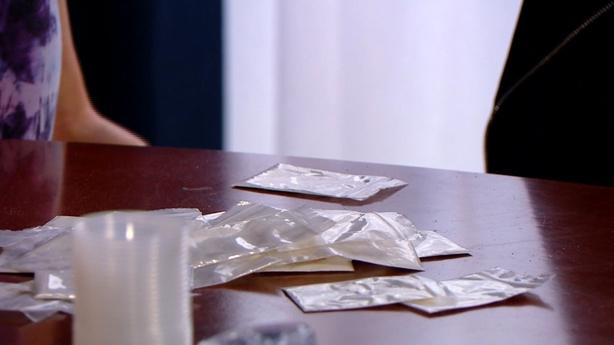