There's a showdown between Carol and Ger on Sunday's Fair City on RTÉ One as tensions over Liam and Hayley explode.

"You want to talk about fathers, do you?!" shouts Carol. "Let's start with Hayley's! Why don't we give them both a call now, hah? We can hash it all out together."

"What are you talking about?" says Ger. 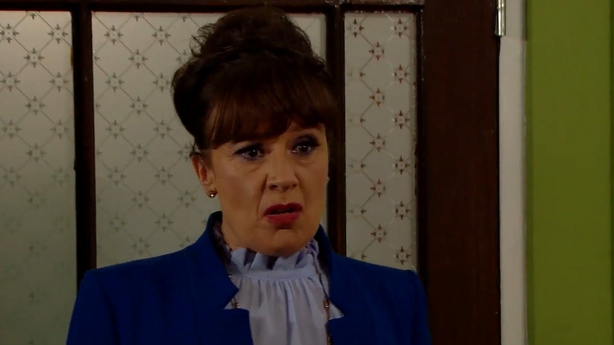