Dubliner Gary Clarke melted hearts on Friday's Ray D'Arcy Show on RTÉ Radio 1 when he won the quiz for a two-night break at the Castleknock Hotel and then gave the prize to the other contestant, Ita McAteer, who is celebrating her ruby wedding anniversary this weekend.

In the Quiz of the Day, Gary had answered all his questions correctly, with fellow Dubliner Ita only getting one wrong.

"I'd have loved to give you a prize because it's your anniversary tomorrow," lamented the host, "but it's not going to be that way."

"Ah, for goodness sake!" sighed Ita. "And I never get through to anything!"

"We're going to send you out a mug for yourself and one for [husband] John as well," said D'Arcy. "Listen, enjoy the takeaway and the bottle of prosecco and Britain's Got Talent and happy anniversary again."

Ita then congratulated Gary, who replied: "Ita, I tell you what: I would love if you could have that prize, if that's possible. I would like you to have it for the anniversary."

"Could we do one night each separately?" offered Ita.

"No, no, you take the prize, and I'll take the mug," maintained Gary. "That's what I want to do. I just wanted to have fun on the quiz, and I had fun, and I want you to have the prize."

"Gary, are you serious?" asked Ita.

"I am, but would it be possible for us to do one night each at the hotel?" she said. "I wonder would the hotel do that?"

"I'd say they probably would," said D'Arcy.

"Lads, I don't want to have a fight here!" laughed D'Arcy. "Ita, take the prize. Happy anniversary. Gary, you're a lovely man. And we'll send out a couple of mugs to you and we'll see if we can get something else for you as well."

"And they all lived happily ever after!" boomed the host.

"And doesn't it prove there are so many good people in the world?" added Ita.

We are filled to the gills with love and admiration for Gary who just gave his quiz prize to Ita who is celebrating her 40th anniversary with her husband tomorrow pic.twitter.com/Z2IJVkn005 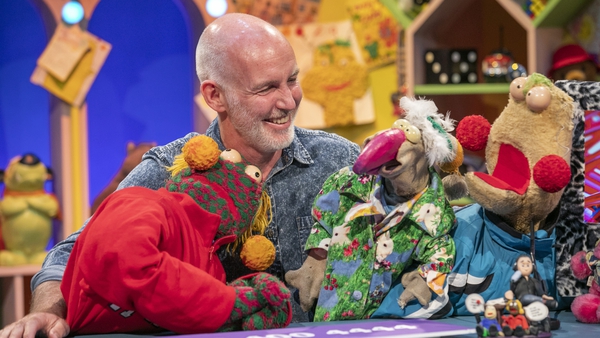