Taylor Swift’s Folklore has debuted at number one on the Billboard 200 albums chart, the biggest sales week for any album in the US since Swift’s last release, 2019’s Lover.

Swift has also become the female solo artist with the most Number One albums in the Irish charts this millennium.

Folklore debuted at Number One in this country, scoring the biggest opening week of 2020 so far. Surpassing the other albums in the top five combined, the album joins Red (2012), 1989 (2014), Reputation (2017) and Lover (2019) as chart-topping albums for Taylor, according to to the official Irish charts.

Folklore makes Swift the first female solo artist to have five Number One albums in Ireland since 2000, eclipsing Madonna and Beyoncé, who have each ruled the Official Irish Albums Chart with four albums in the same time-frame.

Released with little advance fuss on July 24, Folklore is Swift’s seventh number one album in the USA.
846,000 equivalent album units were purchased in the USA in the week ending July 30, according to Nielsen Music/MRC Data. That figure amounts to the most lucrative week registered for any album since Swift’s own Lover album which debuted at number one in September 2019 with 867,000 units.

Swift’s eighth album has also topped the official UK Albums Chart, with 37,000 sales, two-thirds of those from streams and the remainder from downloads.

Folklore is 2020’s most downloaded album in its first week in the UK, but the full tally for the hit release on CD and vinyl has yet to be compiled. 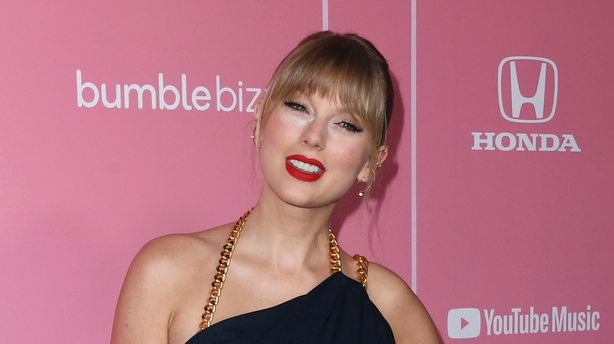