Author of Crazy Rich Asians, Kevin Kwan, who recently released a new novel, Sex and Vanity, has already sold the film rights to his new book.

The rom-com Crazy Rich Asians which was made for $30 million in 2018, brought in $230 million at the box office worldwide. It starred Constance Wu, Henry Golding, Gemma Chan and Awkwafina and Jon Chu.

Sex and Vanity has also become a New York Times bestseller since its release on June 30. It tells the story of a woman who is torn between two men, a rich one, and another who may not have lots of money but is irresistible.

Beyond thrilled that "Sex & Vanity" will be made into a film by @SonyPictures and @skglobalent. https://t.co/VoAqqp41gS

Kwan said: ''I am overjoyed to be embarking on this cinematic adventure with Sony Pictures and SK Global.

Sony Pictures has produced so many of my favourite films over the years, and I am thrilled by Sanford Panitch's vision for this project.

'I'm also very excited to be working again with my great friend John Penotti, who responded immediately and passionately to the world I created in Sex and Vanity." 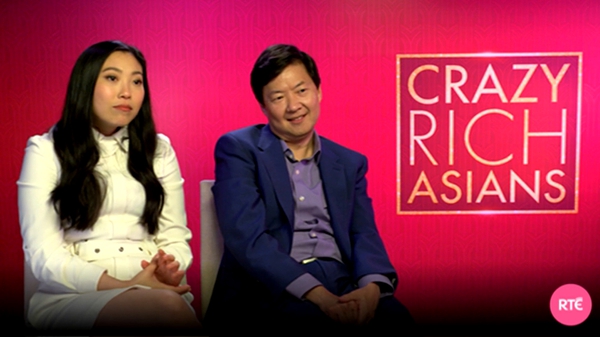