Ahead of the release of their superb new album 2020 next month, Zombi's Steve Moore (synthesisers, guitars, bass) and A.E. Paterra (drums) pick the soundtracks that push them to instrumental glory.

I used to watch this film twice a day on HBO when I was a kid. It was a huge part of my childhood; I wanted to live in that world. I was six or seven when I first saw the film and I distinctly remember thinking that the score was the coolest music I'd ever heard. I actually still think that. It's Queen - with extra synthesisers and added drama! Tracks like In The Space Capsule (Love Theme), Football Fight and Vultan's Theme were a blueprint for Zombi.

This score is at once so soothing and unsettling. The main theme, Sequence 2, starts off almost like a dark, tropical John Cage piece. The synth pads that come in later convey both the danger and the beauty of the film. Sequence 8, to me, defines 'the Frizzi sound'. Strict, minimalist electronic percussion, imposing Mellotron melody, layers and layers of beautiful counter melodies and rhythms.

Such a classy soundtrack. The combination of dusty, sun-washed Prophet 5 [analog synthesiser] pads with Isham's tasteful trumpet playing are the perfect sound for the film's lonely landscape. The track Cars and Helicopters is like Risky Business-era Tangerine Dream meets Empetus-era Steve Roach. Great percussion programming on the heavier tunes.

Extreme syncopation! This score was one of the first soundtracks I bought on CD, back when I also had a large poster of the Predator on my bedroom wall. It took probably 10 years for me to understand how to count the strange timing of the main theme. For big-budget orchestral scores, Silvestri rivals anyone; his themes are so memorable.

Howard Shore is another composer who knows his way around an orchestra, but what I love about this score is the way he blends orchestral and synth elements. At times it's difficult to tell what you're actually hearing, whether it's a natural or synthesised sound source. Sounds like a lot of Prophet 5 to me. Stand out tracks are Head Full of Strangers and The Exhibition.

There's been a lot of hype over TD scores, but this one truly deserves it. Has that 70s TD flavour but foreshadows a style they'd tackle heavily in the 80s. Nothing was scored to the film, [director] William Friedkin described the story to them and selected the music from a session tape they provided. My favorite Roy Scheider role to boot.

This score was completed a couple years after Blade Runner, and it exists during a sonic period of his that I'm highly fond of. Deep Vangelis cuts. Sci-Fi sounds on the sea. Unfortunately it never saw an official release, but was released unofficially on CD in 1995 by the label One World Music.

I've started watching most films and TV series while wearing headphones, and the Chernobyl score is exactly why. Very minimal and atonal field-recorded sounds, layered together in genius fashion.

Completely obscure Egyptian creationism documentary by Scottish animator and filmmaker Lesley Keen. Ra was set for a prime time slot on Channel 4, but was split up and shown over three Sundays, never to be aired again. Very icy, dark, digital score. Otherworldly and precisely fitting for a beautifully original film.

Straight up raw synth score layered on top of a completely surreal and equally raw film. Steve and I fell in love with it upon our first viewing, back when I got it as a 'double feature' DVD along with The Devil's Nightmare. It's like a West Coast Night of the Living Dead. Screenplay by power couple Gloria Katz and Willard Huyck (American Graffiti, Howard the Duck, Temple of Doom). 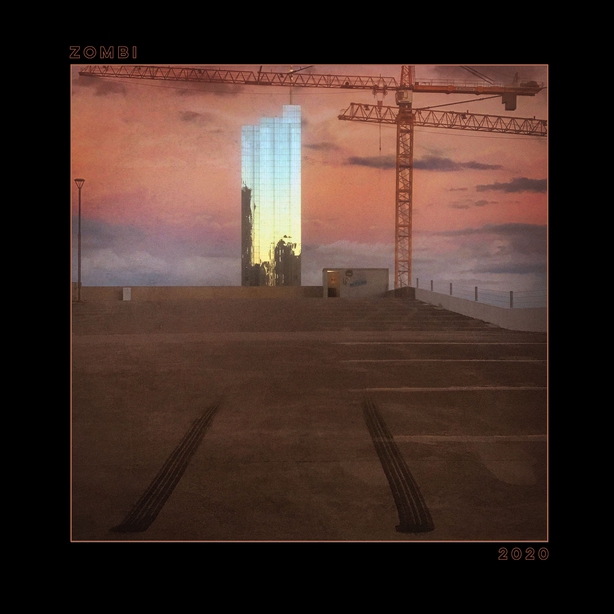