Socially distanced filming on Neighbours is "working", according to an actor who stars in the Australian soap.

Stefan Dennis told This Morning that it has been "fantastic because we have got the opportunity to get back to work".

He added that despite stringent new rules being in place, production of the programme has been able to continue.

"I have to say, it's working. It's actually working," he told the ITV programme.

Dennis, who plays Paul Robinson, added that because the production of television programmes around the world has largely not yet begun to restart, Neighbours is being used as a "model" of how it can be done.

The programme has "pretty much led the way with this", he added.

He said that some of the crew on the programme are wearing protective equipment.

"When you walk into the make-up department it is like walking into a surgery because you have got the make-up artist with rubber gloves on, masks and full gowns and the wardrobe or the costume department, they have to be masked and gloved obviously," Dennis said.

"We have to keep the one-and-a-half metre rule, that is extremely strict."

He added that a nurse checks the temperatures of those arriving on set before filming gets under way. 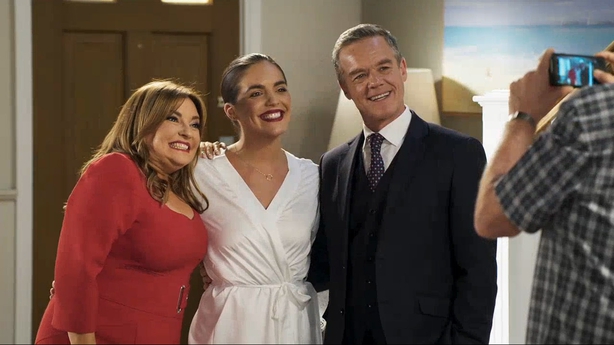 The actor said that being able to restart filming is "almost like a 35th birthday present for us... because of course this is our 35th anniversary".