Rory Cowan is the next celebrity to take a trip down memory lane in Keys To My Life, and the former Mrs Brown's Boys star recalled failing maths on purpose to rule out a job as a banker.

Cowan told presenter Brendan Courtney about his childhood in Ballyfermot and while at his old family home he made the revelation that, despite his mother’s wishes, a job in finance just wasn’t for him.

"She wanted me to work in a bank because I was very good at maths, but I couldn’t think of a job I’d hate to do more, so I went in to do my Leaving Cert and I deliberately failed maths so the banks wouldn’t take me," Cowan said.

"Then I got a job in a record shop, so I always followed my own path."

Over the course of his early life, Cowan moved home a lot due to his father’s job, and he said he found it particularly tough to leave Ballyfermot aged 10.

"I resented him for years, everywhere we moved, I didn’t know how long we’d be staying."

Also on this episode of Keys To My Life, Brendan O’Carroll makes an appearance and the two speak about Cowan’s decision to leave Mrs Brown’s Boys behind and their long, lasting friendship. 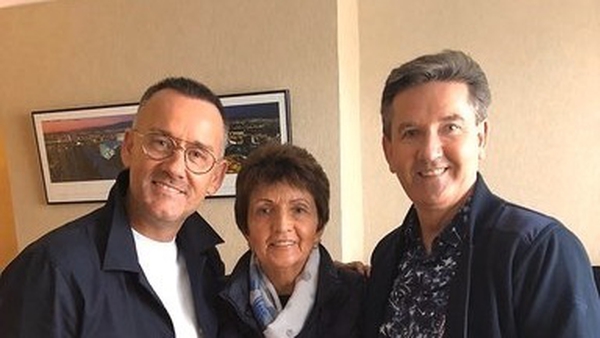