"Here is a universal truth that every adult at some point will realise," wrote the author Harlan Coben, "we are all always 17-years-old, waiting for our lives to begin."

With Dear Evan Hansen now in cinemas, here are some movies to help with your own growing pains. Young hearts, run free.


Francis Ford Coppola wanted to make an arthouse film for teenagers. Job done - and then some. This bewitching black-and-white from the wrong side of the tracks received little love on its release way back when, but the fascination with it has grown down the decades. Along with being Coppola's most personal film (it's dedicated to his older brother August), Rumblefish is now rightly regarded as one of his best. A never-cooler Matt Dillon stars opposite a never-cooler Mickey Rourke in a story of sibling adulation, time's audit and the pains of being pure of heart. Rumble Fish goes all-in on style and emotion, with a magical supporting cast that includes Diane Lane, Nicolas Cage (son of August), Dennis Hopper, Laurence Fishburne and Tom Waits, and a soundtrack by The Police's Stewart Copeland. Just don't start smoking after watching it...


If Noah Baumbach's Marriage Story was one of your big films earlier last year, then try this gloom-buster from the writer-director, which throws co-writer Greta Gerwig and Lola Kirke together as new BFFs in New York. It's all about mistakes made and opportunities grasped, where poignancy is mixed with an almighty dose of the best medicine: laughter. Here, you can revel in the messiness of other people's lives while realising that your own isn't such a disaster. At 84 minutes, Mistress America is a quick watch. It won't be the last time.


In a run-down North Carolina town, a bunch of youngsters try to fill up the long, hot summer. As the months wear on, it seems nothing will break the monotony - but when tragedy strikes the survivors are forced to face up to adult problems very fast. With nods to Terrence Malick and the loosest of plot structures, writer-director David Gordon Green hones in on the small acts and talk that hold such importance in young lives. Through every exchange his untrained cast - found in churches and youth clubs in the US South - is superb. Public pools and landfills become worlds of fantasy and adventure - George Washington's flow is almost literary. You never feel you're moving from scene to scene as much as turning the pages in a newly discovered treasure of a book. One of the finest examples of kids getting a film that their lives deserve.


Billy Eliot star Jamie Bell plays the very-bright-but-very-mixed-up 17-year-old in this Scottish gem. Running away to Edinburgh, Hallam manages to get a job as a kitchen porter, but will having a routine help with the chaos of his life? Director David Mackenzie (Hell or High Water, Starred Up) chose brilliantly in casting Bell, who brings humour, ingenuity, naivety and menace to the titular misfit. You find yourself wanting the best for Hallam - even when his behaviour is waaay out of order - because you know that his misdeeds have good intentions in them. Well, most of them anyway. Ultimately, this is a story about someone who finds within himself the means to stop watching other people's lives and tries to live his own. It's a lesson we all need to remember from time to time.


In between This is Spinal Tap and Stand by Me director Rob Reiner also struck gold on this chalk-and-cheese road trip. John Cusack and Daphne Zuniga play the college students heading west for Christmas. He's a messer, she's a swot. He's on a promise; she's going to meet her very sensible boyfriend. You figure it out... The chemistry between Cusack and Zuniga is a joy as one misfortune follows another, and when their characters let their guards down The Sure Thing reveals itself as a surprisingly tender study of finding out who you really want in life. Perfect match, perfect title.


Writer-director Bo Burnham and star Elsie Fisher should have been Oscar-nominated for this first-class film - as great a little story about endings and beginnings as you're ever going to see. Fisher plays Kayla; facing into her last days of middle school and finding the to-do list pressure is on like never before. You'll be up the walls with embarrassment and worry as she tries to get a grip on young adulthood - and remembering all the times you dangled by your fingertips. In many ways, this is a teenage version of The Office, with Burnham and Fisher making a character study for the ages that gets everything right. You'll want the best for Kayla - more than you wanted for yourself back in the day.


We're down on the Mississippi as romantic and familial tensions bubble to the surface in this Twainesque gem. Tye Sheridan and Jacob Lofland excel as the 14-year-old best pals whose boat trip to a seemingly deserted island introduces them to a brand new resident - a charismatic fugitive who goes by the name of Mud (Matthew McConaughey - superb). Director Geoff Nichols' (Loving, Midnight Special) film is all that's best about American cinema, with his young stars reminding you of someone you've either met or used to be. The only disappointment is that you're not 14 yourself watching it.


No screen time was ever wasted in the company of Sam Rockwell and - along with 1997's Lawn Dogs - this is one of the best nights in you could spend with him. Here, Rockwell is the best friend we never had as the water park manager who takes an introverted 14-year-old (the wince-perfect Liam James) under his wing and shows him that the world is his oyster by forcing him to sink or swim. The Way Way Back is boisterous and bawdy, but directors Nat Faxon and Jim Rash (Oscar winners with their script for The Descendants) fill out the shenanigans with some sublime scenes between Rockwell, James, Steve Carell and Toni Collete. You're laughing one minute and noticing something in your eye the next. "You gotta go your own way," Rockwell advises his young charge. We could all do with a reminder of that by stopping in here.


Oscar-nominated and a Cannes winner, director Laurent Cantet's drama follows a passionate and idealistic teacher (François Bégaudeau, who wrote the bestseller on which it is based) as he tries to inspire a group of 13- and 14-year-olds of very mixed ability, attention spans and manners. Avoiding the use of professional actors - the teachers are real teachers at the school, the students are students and the parents, with one exception, are parents - The Class is brilliantly paced and its script crackles with the electricity of real-life exchanges as the students and the teacher put each other through their paces. If you're someone who thought that the fourth, high school-set series of The Wire was the best, then you'll find a lot of the same emotions coming to you again here. From the rowdiest to the meekest, you become attached to every character. There'll be so much to talk about after.


In his brilliant ballad about growing up Sixteen Blue, The Replacements' Paul Westerberg sings that "no one hears and no one calls" and how you "brag about things you don't understand", before closing with the all-time classic line: "You're mine, if you want to..." Now, while the makers of The Perks of Being a Wallflower missed a trick by not having that 1984 masterpiece on their film's (still-great) soundtrack, everything else in this sad, funny and beautiful evocation of a certain age fits just right. Logan Lerman is the shy freshman who arrives in high school with the mantra that he only has 1,385 days to go. Help isn't far away, though. Adapted by director Stephen Chbosky from his own best-selling book, this pre-internet world of mixtapes, listening to The Smiths in the small hours, ignorance, bliss, blown-out-of-all-proportion dramas and genuine crises pulses with authenticity and deserves to become a hand-me-down like the most celebrated films of the genre. Guaranteed to make you feel both old and young again. 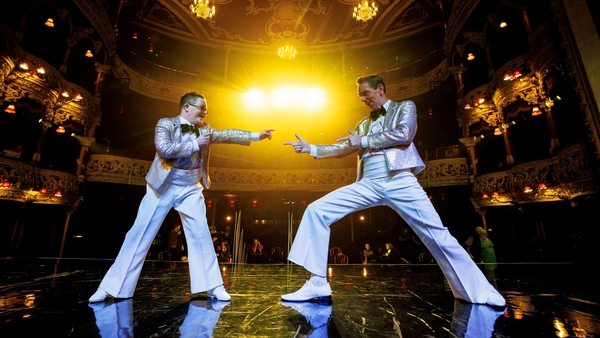 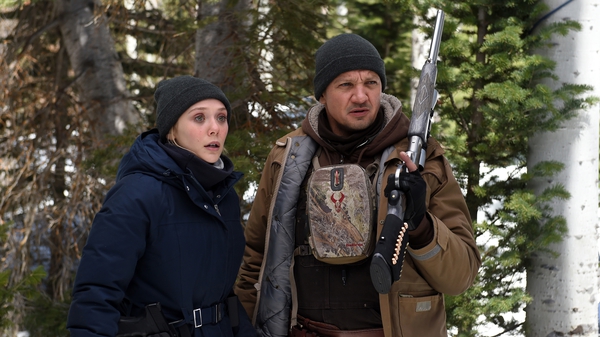