EastEnders' Queen Vic is the location for a harrowing confrontation this week.

The BBC has released teaser photos from this week's episodes and says: "Emotions are set to reach breaking point as Phil makes an unexpected return to Albert Square this week as Sharon says an emotional goodbye to her son, Dennis.

"Furious at the sight of Phil, Sharon struggles to remain calm and as she blames him for Dennis' death, she lashes out, forcing Ian to step in. Can Sharon ever forgive Phil?" 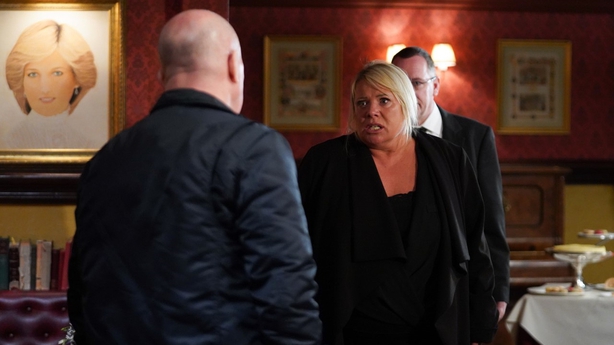 Fans can find out what happens next on Monday at 8:00pm and Tuesday at 7:30pm on RTÉ One and BBC One.