If you're going to spend time between now and Sunday on the sofa, here are 23 top telly tips to keep your remote good and busy...

The perma-popular duo return with another edition of the Saturday evening variety show - this time, without a studio audience.

This week's episode will be one-hour long as opposed to the usual 90-minutes given the ongoing coronavirus pandemic. In fairness, it’s a minor miracle the show’s still going.

As a result of obvious restrictions, it might lack some of the zing normally found in this hugely entertaining show - but Ant and Dec are consummate entertainers, and entertainment’s rarely been needed as much as it is now.

It’s the first time the prime time show has gone ahead without an audience but Takeaway insiders say the team is working their socks off to ensure the show is adapted accordingly and will remain live.

One thing to look out for is a pranking of Bradley Walsh, revisiting the last time they did so - all of 15 years ago!

Martin Compston (aka Steve Arnott in Line of Duty) and Sophie Rundle star as Dan and Emily, who live in a huge house in the nicest part of Glasgow and want for nothing - but they've been trying to have a baby for years with no success.

A chance encounter brings the couple into contact with 18-year-old Kaya (Mirren Mack), who offers to be their surrogate if they help set her life on track.

As Ireland continues to adapt to new ways of living with the ongoing Coronavirus pandemic, Ryan Tubridy will hear from those leading Ireland's frontline emergency services.

As testing centres are rolled out across the country, The Late Late Show will take viewers through a step-by-step demonstration of what is involved when being tested for Coronavirus.

Minister for Finance, Paschal Donohue and Ireland’s Chief Medical Officer, Tony Holohan (below), will be in studio offering their perspectives on by the Coronavirus crisis. 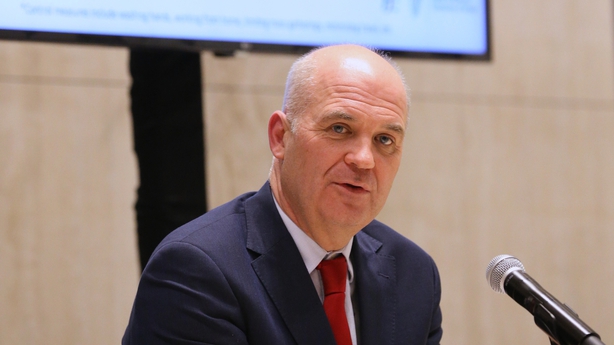 Munster rugby player Billy Holland and his wife Lanlih, who will speak from their home in Cork and introduce their newborn baby son Matthew to the world.

Also speaking to Ryan on Friday night from locations across the globe are Stephen Fry, Daniel and Majella O'Donnell, Sharon Corr, and restaurateurs Derry and Sallyanne Clarke.

Pike (Walters) and Bishop (Clarke) are NCA detectives taking down organised crime under the supervision of their boss, Tanner (Lindsey Coulson).

In this season opener, a chance discovery propels Bishop and Pike deep undercover, and they soon find themselves at the heart of a notorious international crime family.

Corey has suffered cardiac arrest while playing ice hockey; at almost 60, Angie has a history of heart disease, risking stroke and other complications. Doctors also carry out tests on 49-year-old Steve to determine the cause of his dangerously high heart-rate.

Eagles are the most powerful birds in the sky, capable of tackling enormous prey, spotting food at vast distances and soaring for miles on the wing.

Armed with cutting-edge filming technology, this documentary examines the science behind such extraordinary abilities.

Featuring dramatic stories and some remarkable experiments, the film follows the story of a family of bald eagles in Iowa as two chicks face the challenges of life in the wild.

The ITV programme, synonymous with its hosts Keith Fordyce and Cathy McGowan, showcased top acts of the day including the Beatles, the Who, Sandie Shaw, Cilla Black, Otis Redding and the Rolling Stones.

Here are the Stones:

Following the documentary, here’s a tasty bunch of clips from the ITV pop show, which began in 1963 and ran until the end of 1966.

The Beatles perform Twist and Shout on a moving stage, the Rolling Stones present their very own episode, while Otis Redding duets with Chris Farlowe and Eric Burdon.

Other acts appearing include Cilla Black, Lulu, Martha and the Vandellas and Dusty Springfield.

This crime drama from Italy is back for a second season and remains firmly focused on Valeria Ferro, the intuitive head of the Homicide Unit in Turin.

She has a new romantic interest but is still coming to terms with the fact Mario Ferro is not her biological father and news that her mother Lucia has disappeared.

On top of all this personal drama, a woman is found strangled. The victim, Susanna Bianco, had fled to a domestic violence shelter, and her husband is the chief suspect.

The grime sensation and award-winning entertainer makes his long-awaited return to the Motherland, embarking on an unforgettable tour of the island his parents hail from.

He meets the next generation of dancehall artists, learns the ropes as a calendar model from supermodel Tyson Beckford and visits Bob Marley's legendary Tuff Gong studio. 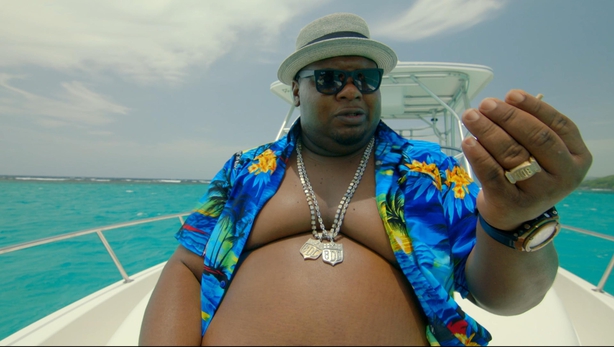 Eibhlín Ní Chonghaile and Eoghan Ó Loideáin visit schools around the country, listening to the children's thoughts on life and setting them fun challenges.

First up, a group of school children from Scoil Naomh Eoin Baiste, Lispole in Kerry showcase their riverdance capabilities and perform a Gaeilge version of the hit song Shotgun by George Ezra.

Self Made: Inspired by the Life of Madam CJ Walker, from Friday, Netflix

Octavia Spencer stars in this limited series, which is inspired by the incredible true story of Madam CJ Walker, who was the first African American female self-made millionaire.

Against all odds, Walker overcame post-slavery racial and gender biases, personal betrayals, and business rivalries to build a ground-breaking brand that revolutionised black haircare, as she simultaneously fought for social change.

This dramedy started just the other night on Channel 4 and is also available to download from All4. Mae Martin stars as herself, a Canadian comedian living in London while navigating a new relationship and dealing with sobriety.

Dare Me, from Friday, Netflix

Mystery, drama and danger hit a high school cheerleading squad ruled by brash Beth and her loyal BFF Addy when a new coach arrives in their small town.

The English Game, from Friday, Netflix

In 1870s’ England, two footballers on opposite sides of a class divide forge a bond that helps bring the upper-class gentleman’s sport to the masses.

The six-part drama charts the origins of football and how those involved in its creation reached across the class divide to establish the game as the world's most popular sport.

And now for a football drama that's quite a contrast to The English Game. It's more like Gomorrah with goalposts.

This here's the story of intergenerational friendship and coming of age, set in the world of ultras culture during the last five weeks of a football championship.

This looks like an enjoyable piece of Indian feelgood fare.

A young man sets out to become a movie star, until a summer romance shows him the fine line between dreams and delusions. Starring Manisha Koirala.

The Platform, from Friday, Netflix

In a prison where inmates on high floors eat better than those below, who get the scant scraps, one man tries to effect change so everyone gets enough.

It's all mullets and madness in this documentary about big cats and their American owners.

A rivalry between big cat eccentrics takes a dark turn when Joe Exotic, a controversial animal park boss, is caught in a murder-for-hire plot in this limited docuseries where the only thing more dangerous than a big cat is its owner.

Things take a dark turn when Carole Baskin, an animal activist and owner of a big cat sanctuary, threatens to put them out of business, stoking a rivalry that eventually leads to Joe's arrest for a murder-for-hire plot, and reveals a twisted tale where the only thing more dangerous than a big cat is its owner.

An ex-convict fresh out of prison gets on the wrong side of a Dublin gangster. He is offered the chance to make amends by travelling to Cork with a small-time hood in tow, where they must find a man who owes the gangster money.

Here’s a fascinating documentary profiling the legendary and much-loved Argentinean footballer, constructed from over 500 hours of never-before-seen footage from Maradona's personal archive.

The film focuses on his seven years playing for Napoli in the 1980s, where he was signed for a record-breaking fee and became one of the sport's most celebrated icons, before his career took a darker turn.

Annette Bening and Jamie Bell are both superb in this biopic about ageing Hollywood superstar Gloria Grahame and her much younger lover, Peter Turner.

As their mismatched romance waxes and wanes over time, events conspire to keep them in each other's lives even when it proves to be difficult and demanding.

A traveller strikes up a conversation with a scatterbrained elderly lady when their train is delayed, but after the journey resumes, her new friend mysteriously vanishes.

Almost everyone else on board pleads ignorance about the matter, prompting her and a fellow passenger to investigate the intriguing occurrence.

Even if you’ve already seen this Channel 4 comedy written by Lisa McGee, it’s well worth another visit to Foyleside in the early 1990s.