Take a look at what went on behind the scenes during the filming of this weeks epic #EastEnders35 episodes! Was it worth all the hard work? We certainly think so. Happy birthday again, #EastEnders ? pic.twitter.com/LJcZUV8qUT

EastEnders closed out its week of 35th anniversary episodes with one character confirmed dead and new storylines opening up around Albert Square.

On the night when Sharon gave birth to a baby boy, her teenage son Dennis did not survive the drama on the Thames.

"Just the three of us." #EastEnders #EastEnders35 pic.twitter.com/6eNL85Hdzh

Ian had rescued Dennis after locking him in a room on the boat - but then more water poured in. When Dennis was brought ashore medics were unable to resuscitate him.

"I am so proud of you." #EastEnders #EastEnders35 pic.twitter.com/Vw6XVg0eSb

"I never want to see you again." #EastEnders pic.twitter.com/IIAQjsWq2v

Ian's son Bobby, who had earlier been assaulted by Dennis and his friends, survived a bleed on the brain.

Also on Friday's episode, Callum's life hung in the balance on the floor of a warehouse, while Whitney confessed to killing Leo and was taken into custody.

Nothing but the truth. #EastEnders #EastEnders35 pic.twitter.com/y7U2UaoKDQ

In a rare heartwarming moment, Mick and Linda reconciled after he rescued her on the boat.

Explaining how the writers had decided which character to kill off ahead of the revelation that Dennis had died, EastEnders' Senior Executive Producer Kate Oates told Metro.co.uk: "When we discussed this - and it's true of any soap or drama - you want consequence. That is the main thing that comes out of the death we are seeing. It is where it goes, it's the people who are left behind and the story that it generates. It is very well-thought-out."

"There is something almost Greek [tragedy] about this particular person as it could be argued that it's been set up for quite some time," Oates continued. "We discussed it in depth and actually had a lot of arguments about it. The story conference room is a vibrant place.

"We discussed lots of different options, but we knew in our hearts that this was the story that would really power us through months and months and months of future stories, which we are really excited about."

The aftermath airs on RTÉ One and BBC One on Monday at 8:00pm. 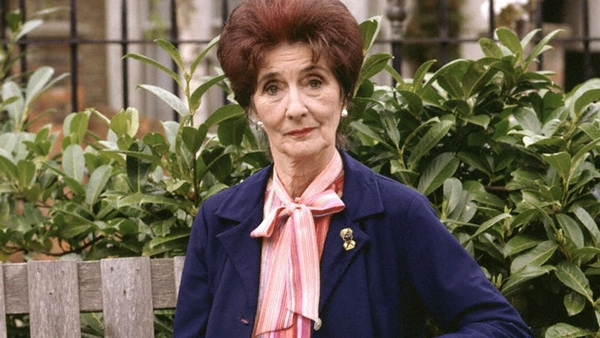