EastEnders is set for a new arrival on Friday night as the soap's week of 35th anniversary episodes reaches its climax.

The BBC has released a photo from Friday's episode and says: "Things took a dramatic turn for Sharon in Thursday's episode when Ben, desperate to find Callum, took matters into his own hands and played Keanu at his own game by holding Sharon at gunpoint."

Fans then saw Sharon going into labour, with Ben forced to seek help from Kathy. 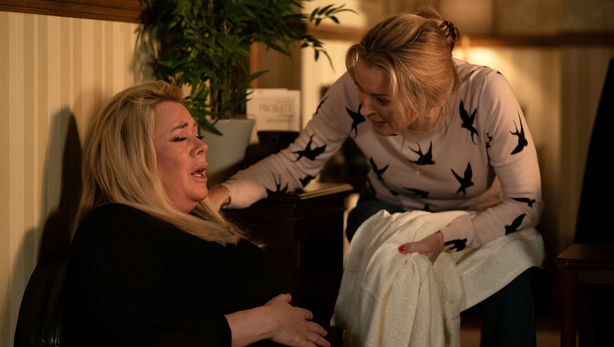 In Friday's episode "Kathy finds herself helping Sharon give birth, both oblivious to the events unfolding on the Thames".

Fans can find out what happens next on Friday on RTÉ One and BBC One at 8:30pm.