Hugh Grant has said that started getting good parts once he got "too old and ugly for romantic comedies".

Speaking on The Chris Evans Virgin Radio Breakfast Show, he said: "As soon as I got, as I've said before, too old and ugly for romantic comedies, I got quite interesting parts.

It has been five years since the 59-year-old was in a romantic comedy, the last one being The Rewrite. Commenting on this he said; "All I'm saying is it's been quite nice not to have to fall in love or give anyone a flower for the last five years."

Becoming an actor was supposed to be a temporary job for Grant who said he has: "been meaning to give up ever since, just never quite got round to it."

"But I know I sound ungrateful and I shouldn't be. People have given me brilliant opportunities, you know, Richard Curtis made me rich and I'm very, very grateful. And I think those films are brilliant.

"I was just off to get married one day ( to Anna Eberstein)  and I was crossing the road and a man falls off his bike in front of me and I said, 'Oh, oh well, poor chap' and helped him up." He said.

"Turned out it was Guy Richie's assistant and Guy was on the bicycle behind and Richie said, "Sorry Hugh, thanks for picking him up. He's always falling off and we dusted him off. And then he said, 'Oh, by the way, Hugh, I have this script I want to send you', so he sends me this script." Grant added.

The script was for the film The Gentlemen, which also stars Matthew McConaughey.

The Gentlemen will be in cinemas Wednesday January 1st. 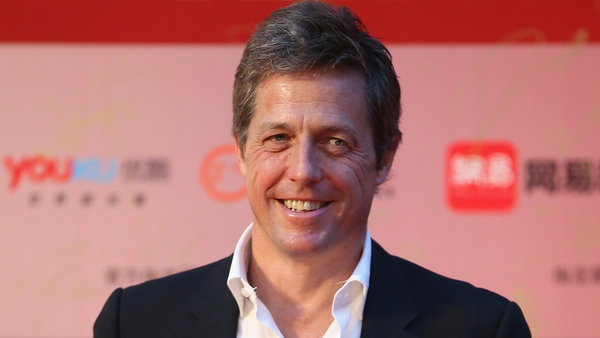 Hugh Grant becomes a father for the fifth time