Poldark's Luke Norris has said that when he committed to the Cornwall based drama series, that nobody thought that it would be a success and would last beyond two series.

The BAFTA winning BBC 1 period drama based on the novels of Winston Graham proved so popular that there were five series.

Norris who plays Dr Dwight Enys said: "I remember sitting outside a church in Cornwall with Jack Farthing and talking about how the contract was for five years. And we were like, 'It won't go that long, though, will it?'"

The Duchess actor said that: "The 1970s version (of Poldark) only had two series, so we figured that's how long it would last."

"So we had no idea - and I don't think anyone did. Then the press got hold of it, the first episode was popular, and it became a part of the public consciousness." He added

Can this stop so we can go back to hating you, George ?? #Poldark pic.twitter.com/Kx9bC8MHd9

Luckily Dublin actor Aidan Turner who plays the main character Ross Poldark felt more positive about the series from the beginning, reflecting on the experience of making Poldark over the last five years, the Dublin actor said: "When we started Poldark we aimed to complete the majority of the books that we could, which would likely take us up to series five. So during filming for this series there was a sense of completion and relief that we made it this far, that the show has been successful and that people enjoy watching it.

"Hitting that mark and returning for the fifth series was always the goal and we are proud to have achieved that. Walking on to set this year was different; when we would visit a specific location knowing that it would be the final time it was crazy, the whole series was emotional in that sense." He added

The fifth and final series of Poldark began on BBC One Sunday, July 14 at 9:00pm. 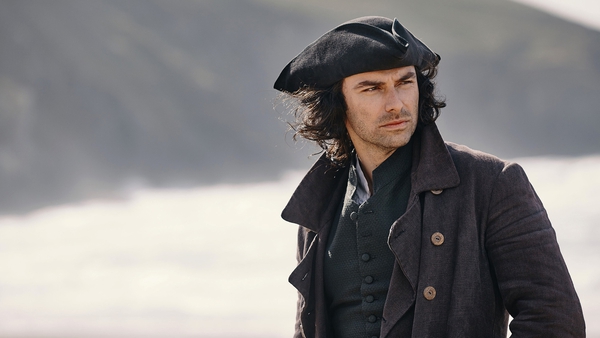