Niall Horan's song This Town features in the new John Cena-starring comedy Blockers, and the film's director Kay Cannon has told RTÉ Entertainment she chose the song early on for its "emotional tug."

Blockers follows three teenage girls about to embark on their prom night, while their parents, played by John Cena, Leslie Mann and Ike Barinholtz, try to stop them from seeing through the pact they made with each other to lose their virginity with their dates.

Mann's on-screen daughter Julie (Kathryn Newton) and her boyfriend Austin's (Graham Phillips) song is Horan's This Town, which plays over one of the film's more heartfelt and hilarious scenes.

Speaking about her choice of song for that moment, director Cannon said, "I had picked that song really early on when working on the re-writes of the movie.

"I felt it had both the feeling of, probably a song that you would pick to be your song with your boyfriend, and also knowing that Lisa was going to be looking at them, that it would have a double meaning.

"Like, everything comes back to you; your whole life is all about this child, so I feel like it had this really nice emotional tug."

The movie itself saw life imitating art for Leslie Mann, whose character struggles with the idea of her daughter growing up and moving to college, which was happening with Mann in real life as her eldest daughter made the same move.

"I had a lot of information and feelings to unload and so it was nice for me to have that outlet and do it in this comedy, so I can laugh about it too, like it is the worst thing in the world when your kids leave you, but it's also gonna be ok." Mann said. 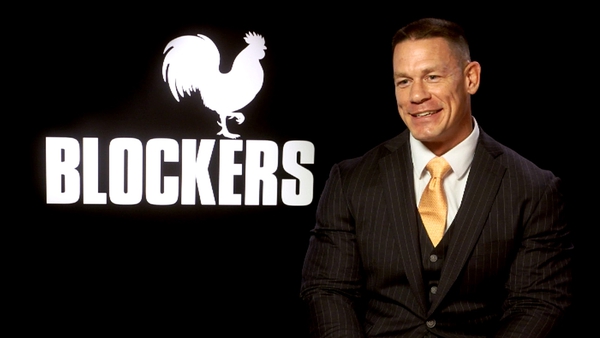 John Cena didn't expect new comedy to be so 'powerful'