With another daddy’s day upon us, Alan Corr rounds up some top songs about fathers. Your dad could be the main man in your life or he may not be, but we’ve all got one so let’s hit play for some dad rock, pop and jazz...

Stoking up the controversy again, the pop icon tackled unwanted pregnancy in this strident and empowering hit from 1986. Unwanted, that is, by the papa in question. Madonna had spent the first four years of her career vamping it up and cracking open sexual taboos; here, however, she sings an "issue" song as she first bargains with and then defies her disapproving father over her pregnancy. "What I need right now is some good advice," Madge sings as she reaches out to her dad for guidance. Great video with Danny Aiello as the concerned dad, who, like all good fathers, eventually does the right thing.

Cats in the Cradle - Harry Chapin

An old tearjerker this and a moral that we have probably all learnt or will learn some day. It’s the story of a workaholic dad who never finds time for his son. The opening verse is sang from the point of view of a pining kid who misses his dad and then in a poignant role reversal, the kid has grown up and it's the ageing father who finds himself bereft of his son's attention. There is a life lesson in there for all of us. Let's pretend that cover by Ugly Kid Joe never happened, eh?

Papa Was a Rollin' Stone - The Temptations

On their definitive version of this stone cold classic from 1973, The Temptations didn’t hold back the scorn on an all too common tale of a no-good absent father. Told from the point of view of an abandoned mother and her children, it pivots on the great line "Papa was a rollin' stone/Wherever he laid his head was his home/And when he died, all he left us was alone." From that long intro featuring plucked bass, hand claps and shivering strings to the sheer drama of the fade-out, this is one of the great songs of the soul era. The above is the 12-minute album version.

Maybe a strange one to have on this list but for some reason Starsailor (themselves named after an album by Tim father-of-Jeff Buckley) had a massive hit in Ireland with this song from 2001. That deadly serious pay-off line "Don't you know you’ve got your daddy’s eyes?/daddy was an alcoholic" became somewhat of a chant/taunt for Irish music fans with a particularly dark sense of humour. Hilarious, lads, hil-arious.

As we read in his excellent and soul-baring autobiography, Bruce had a difficult relationship with his father. This haunting track is from the stripped-back and emotionally raw Nebraska album and on it Springsteen Jr takes a good hard look at his fraught bond with his dad on a song that’s all about overcoming tension and seeing the beauty in forgiveness: "The hard things that pulled us apart shall never again, sir, tear us from each other's hearts."

OK so not quite a song about fathers but it's still a great track and possibly Violent Femmes’ biggest hit. This gem of a pop song features not one but two hyperactive xylophone solos, drums that sound like they’re being played on a cardboard box, and lead singer Gordon Gano’s deranged whine of a voice. When it was released in 1983, it was the essence of US college rock freakery. We shall draw a discreet veil over the band’s other song about fatherhood, Country Death Song, because it may be a tad grim for our purposes.

Daddy's Gonna Pay For Your Crashed Car - U2

U2 really began to explore their actual families in song later in their career but in this track from 1993, Bono paints a claustrophobic picture of addiction possibly involving a spoilt ingénue and for once we had no idea what the hell he was on or, indeed, on about. We always thought that U2, at the height of their own Berlin phase at the time, were referencing Always Crashing in The Same Car by Bowie on this oddity from the oft-overlooked Zooropa album. Industrial, distorted and oblique, there's not a Stetson or a pair of cowboy boots in sight.

Dance With My Father - Luther Vandross

This one never fails to leave our guts hanging from the lampshade. A guaranteed tearjerker, Vandross wears his emotions on his Gucci sleeve as he pines for blissful childhood days with his late father. "Back when I was a child, before life removed all the innocence/My father would lift me high and dance with my mother and me and then/Spin me around 'til I fell asleep/Then up the stairs he would carry me/And I knew for sure I was loved." Somebody, anybody, please pass the Kleenex.

Song For My Father - Horace Silver

Memorably borrowed for the intro to Steely Dan’s Rikki Don’t Lose That Number (itself a song about a very fatherly type of concern), jazz great Horace Silver plays languid piano on this seven-minute jazz standard but it's Carmell Jones' trumpet and Joe Henderson's tenor saxophone which really achieves take-off and makes the piece soar. Joyful stuff.

And speaking of Steely Dan, this track from the Dan’s overlooked 1975 album Katy Lied tells the sorry tale of a wastrel dad who drinks his dinner from a paper bag. With the great Larry Carlton on guitar, this is the essence of tasty. 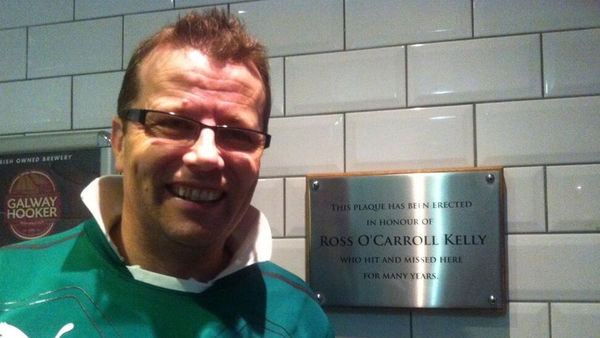