Forget about the mud. Music fans can continue to enjoy an ad-free Glastonbury from the comfort of their sofa after the BBC agreed a deal to continue broadcasting the legendary Festival for another six years.

The deal means that the UK's national broadcaster will continue broadcasting proceedings from Worthy Farm up until 2022.

"We have worked closely with a fantastic team at the BBC since 1997, it has become an integral part of what we do at Glastonbury," said organiser Emily Eavis.

"Together we have created something really special - two decades of historic live broadcast from many of the biggest names in contemporary music. We are all very excited to look ahead to another five Glastonburys alongside the much-treasured BBC." 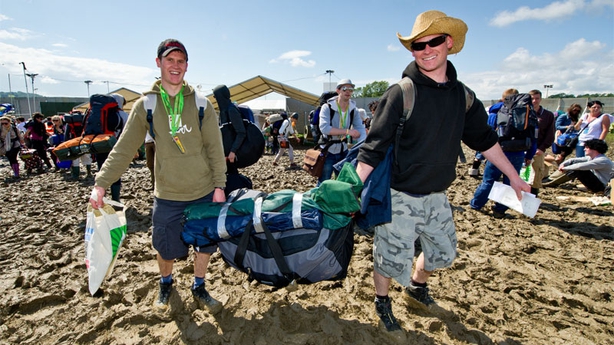 The BBC has embraced the annual event with extensive coverage, last year reaching 18.9 million viewers with over 25 hours of TV coverage, as well as radio broadcasts and online live streams.

The new contract comes a few days after it was confirmed that the festival will stay at Worthy Farm, despite previous comments by founder Michael Eavis about events moving to a new location in years to come.

His daughter and co-organiser Emily insists that ""Glastonbury will always be here at Worthy Farm", when revealing they had signed a 17-year contract with a neighbouring farmer.

In addition to Glastonbury, the organisers are working on a separate festival called the Variety Bazaar to be held at a different location over the next few years.

The line-up for this year's Glastonbury was unveiled last week, with the likes of Katy Perry, Lorde and The xx joining headliners Radiohead, Foo Fighters and Ed Sheeran.