The Oscars are the pinnacle of every awards season and have provided us with some funny, moving and truly memorable moments over the years - here are some of the best, in no particular order.

Ben Affleck & Matt Damon give possibly the best speech ever

Two of cinema's biggest stars, Ben Affleck and Matt Damon were only starting to make waves in Hollywood when they took home the Best Screenplay Oscar at the 1997 ceremony for Good Will Hunting, and their acceptance speech was the stuff of dreams.

From their parents – both adorably brought their mums as their dates – to the team behind the film, the City of Boston, and Affleck's younger brother Casey (who is up for Best Actor at this year's show for his role in Manchester By The Sea), the pair very excitedly thanked everyone that had contributed to this moment in any way.

Name a more iconic duo, or another speech that can still make you laugh after the millionth viewing.

At the 2008 ceremony Glen Hansard and Marketa Irglova won the Oscar for Best Original Song with Falling Slowly from Once, and Hansard was typically Irish in his speech saying, "Go raibh mile mile maith agat. This is amazing. What are we doing here? This is mad."

While Hansard's speech was great, as Irglova stepped up to the microphone to give her thanks, the infamous music began to play and the pair left the stage.

Later in the ceremony however, host Jon Stewart invited Irglova back to the podium to give the acceptance speech she didn't get to make earlier, to huge applause from the crowd.

Daniel Day-Lewis reveals he wasn't the first choice for Lincoln...

Becoming the first actor to win the Academy Award for Best Actor three times, Daniel Day-Lewis gave an extremely humble acceptance speech in 2013 when he picked up the prize for his role in Lincoln.

Meryl Streep presented him with the award and he took the opportunity to reveal to many laughs that she was director Stephen Spielberg's first choice to play the American president, and he was previously in line to play Margaret Thatcher in The Iron Lady.

That's a Freaky Friday-style mix-up I think we would all have liked to see - and knowing their talents, they probably still would've won their respective Oscars!

At the 1964 Oscars, history was made as Lilies of the Field star Sidney Poitier became the first African-American actor to take home the Best Actor Academy Award.

Anne Bancroft presented Poitier with the award, and because of the times, her kiss and subsequent hand-holding as she celebrated the win with Poitier was heavily criticised. The mind boggles.

While Poitier's win was a landmark moment, it would be 38 years before another African-American actor would receive the honour, with Denzel Washington taking the trophy in 2002 for Training Day. Only two other African-American stars have since won the award, with Jamie Foxx winning for Ray in 2005 and Forest Whitaker honoured for The Last King of Scotland in 2007.

A moment that earned Jennifer Lawrence a place in our hearts, the actress lost her footing as she went to accept her Best Actress Oscar in 2013 for Silver Linings Playbook.

Lawrence looked absolutely shocked when her name was called, and in her speech she laughed off the unfortunate moment – and her standing ovation - saying, "You guys are just standing up because you feel bad that I fell."

Look out for Hugh Jackman being the ultimate gentleman and rushing to try to help her.

Roberto Benigni hops, skips and jumps to the stage

A good speech is a rare thing, and a stand-out journey to the stage is even harder to come by. Robert Benigni managed to do both in 1999 as he accepted the Oscar for Best Foreign Language film for Life Is Beautiful, a film he starred in (and won Best Actor for) , wrote and directed.

Overcome with joy and emotion, Benigni jumped on top of his seat, walked across a few more, and then hopped to the stage to accept his award.

I dare you not to smile.

The most star-studded selfie. Ever!

Kim Kardashian may have invented the selfie but Ellen DeGeneres got the Oscar for Best Selfie at the 2014 ceremony enlisting some of the biggest names in Hollywood to join her for the now infamous snap.

The selfie started out with Ellen asking Meryl Streep to get in a photo with her to see how many retweets they could get, with Streep then suggesting Julia Roberts, who was sitting behind her, also get involved.

It then grew legs with Channing Tatum, Jennifer Lawrence, Brad Pitt and a whole host of other stars getting involved – including eh Oscar winner Lupita Nyong'o's brother! Just don't mention Liza Minnelli who's tiny stature meant she got cropped out....

Before his untimely death in January 2008, Heath Ledger became, unarguable, the best Joker to ever exist in the world of Batman, and he was honoured posthumously at the 2009 Oscars for his representation of the Gotham villain.

Having been announced the winner of the Oscar for Best Supporting Actor, Ledger's family took to the stage to accept the award on his behalf, and on behalf of his then 3-year-old daughter Matilda.

It was a truly moving moment in the history of the Academy Awards.

John Travolta has some pronunciation problems

Welcoming Idina Menzel to the Oscars stage to perform the hit Frozen song Let It Go, John Travolta had a bit of a mishap pronouncing the star's name, and an Adella Dazeem was instead introduced. Awkward.

History was made at the 2002 Academy Awards with Halle Berry becoming the first African-American woman to win the award for Best Actress for her performance in Monster's Ball. That was the 74th Oscars ceremony, and Berry remains the only African-American actress to have won the award to date.

In a tearful speech, Berry described the moment as "so much bigger than me" saying it was for "every nameless, faceless woman of colour that now has a chance because this door tonight has been opened."

She went on to thank the world and it's mother in her acceptance speech, but the music did not play her out until she was finished as the gravitas of this moment was recognised by producers.

Everyone wants to win right? But of course, only one person can, so the unsuccessful nominees must pretend to be happy for their fellow actor while the cameras linger on them for their reaction.

For anyone who has seen the episode of Friends where Joey brings Rachel to The Soapies, it's called a gracious loser face, and it's something Samuel L. Jackson forgot to perfect.

Skip to 1:10 in the video and watch Jackson's hilariously honest reaction to not being named Best Supporting Actor at the 1995 ceremony.

And the Oscar (finally!!!!) goes to... Leonardo DiCaprio

After being nominated a whopping four times for Best Actor previously, Leonardo DiCaprio finally won his Oscar last year for The Revenant.

While we miss the countless memes, it was a great moment to see the star take to the stage at long last as he received a standing ovation from the crowd.

Using his acceptance speech to talk about climate change he said we should not take the world for granted, in the way he does not take the honour for granted. Of course he doesn't, it took him like 22 years to get there!

Be sure to join us on RTÉ Entertainment from 10pm tonight where we will be covering all the Academy Award action as it happens. 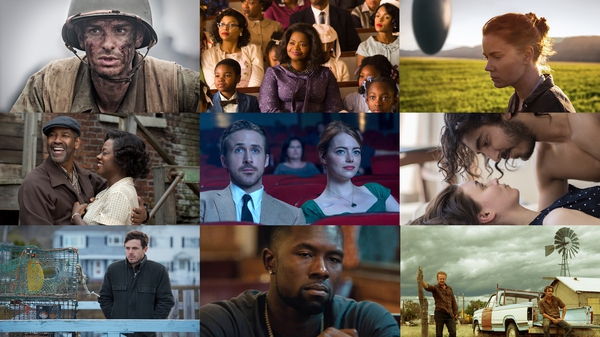