Matthew McConaughey says he is proud of his Irish heritage and wants his three children to speak fluent Irish.

The 46-year-old actor, who has connections to Cavan and Monaghan, says he wants his kids – Levi (8), Vida (6) and Livingston (3) - to keep a strong link with the Emerald Isle by learning to speak the native tongue.

McConaughey, who is married to Brazilian beauty Camila Alves, told The Irish Sun on Sunday: “My kids are really privileged to call themselves Brazilian Irish.

“Irish Brazilian, how great is that? Connected to two of the most vibrant, colourful, exciting cultures on the planet.

“I gotta keep up the Gaelic. I want them reading the literature, I want Riverdancing, I want them saying, ‘grand’ and ‘lunatic to the marvellous'. 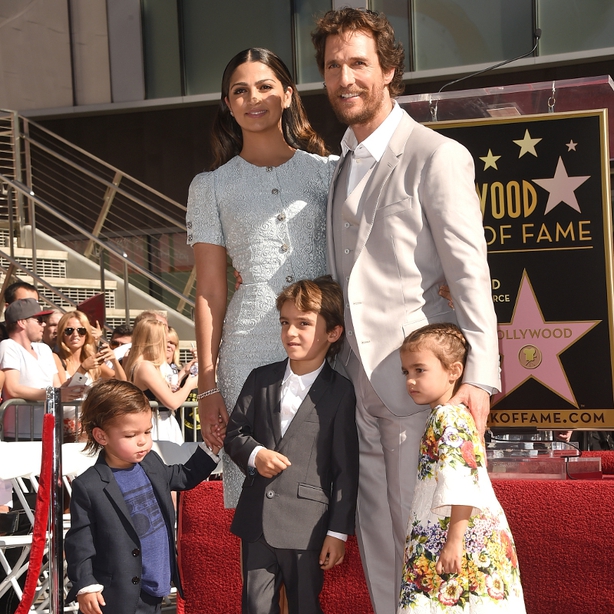 “When they’re older, I want to send them to that Irish language summer camp you guys do, it’s like a rite of passage for you guys, isn’t it? When you’re teenagers. I want them fluent — which means I gotta do a crash course too.”

The Texan star spent a summer living in Dublin in 2001 while shooting Rob Bowman's movie Reign of Fire and he says it was like “coming home”.

“I walked those streets, walked into tiny pubs with giant welcomes and warm hearts. That ‘f*** it, pull up a stool, tell me your story, I’ll tell you mine’, attitude, I loved it.

“That was paradise to me. I was coming home. I made fast friends, I sang, I danced. Heard stories and tales and jokes and anecdotes I’ll remember for a lifetime.

"I was back with my people. Take me home to my people.”

Check out Matthew's attempt at doing an Irish accent for RTÉ Entertainment below: