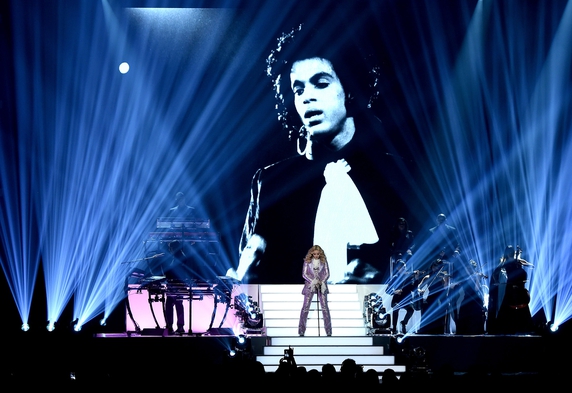 Wonder was a surprise performer at the show in Las Vegas when he joined Madonna on stage for a rendition of Purple Rain after Prince's sudden death last month.

The duet came after Madonna, wearing a purple sequinned suit and holding a cane and cross symbols, sang another Prince-penned track, Nothing Compares 2 U.

"Thank you Prince Rogers Nelson for all you have given us," she said following her performance. 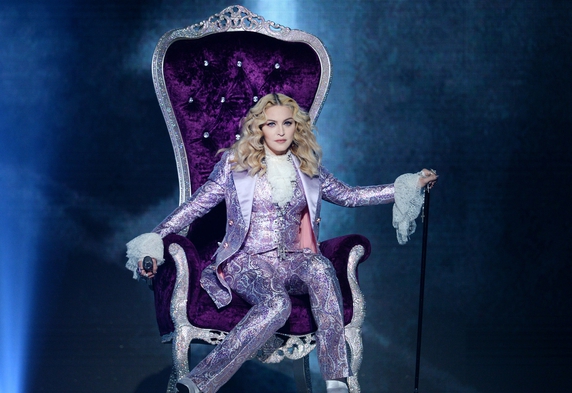 Prince fans questioned whether Madonna was the right person to pay tribute to Prince when Billboard first announced her tribute performance. Speaking ahead of tonight's ceremony, the show's executive producer, Mark Bracco said that her tribute will be "respectful" to Prince's legacy.

"Listen, I think everybody is entitled to their opinion and everyone can have their own opinion," Bracco said. "But I will say that we are honoured and could not be more excited for Madonna to be on the show and to pay tribute to someone that was her friend and her peer and her colleague." 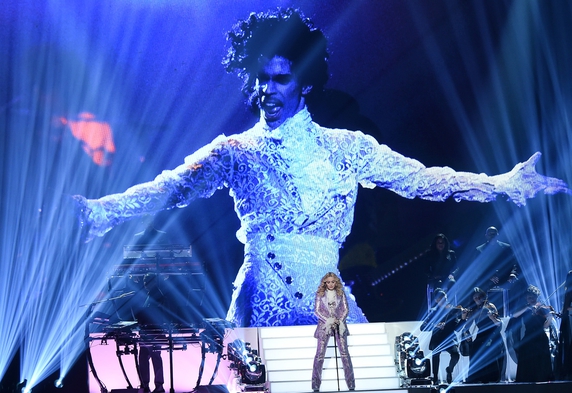 The Billboards ceremony also saw Britney Spears receive the coveted Millennium Award, which was previously been given to Beyonce and Whitney Houston. 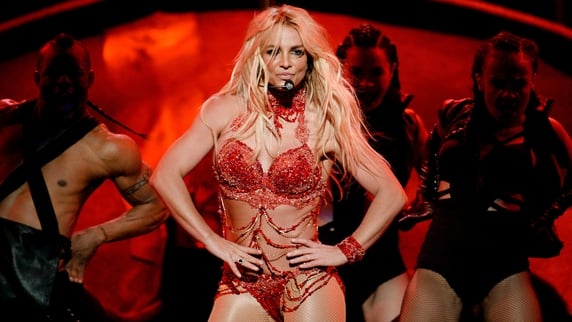 Rising to the occasion, Spears opened the ceremony with a scene-stealing performance of a medley of some of the highlights from her career so far, including Toxic, I'm A Slave 4 U and I Love Rock 'n' Roll, with an impressive stage show which saw her straddling a giant mechanical guitar at one point. 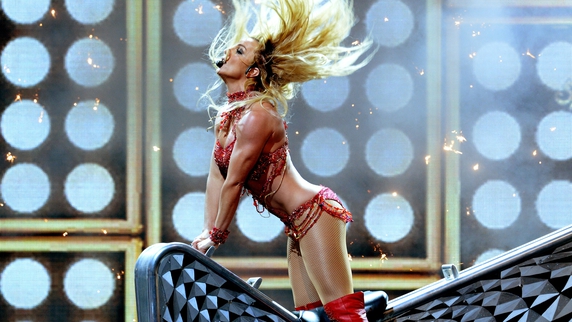 The princess of pop kicked off proceedings with an energetic rendition of her recent hit Work B**ch wearing a circus-inspired red sequinned ensemble with a top hat and over-the knee-boots. 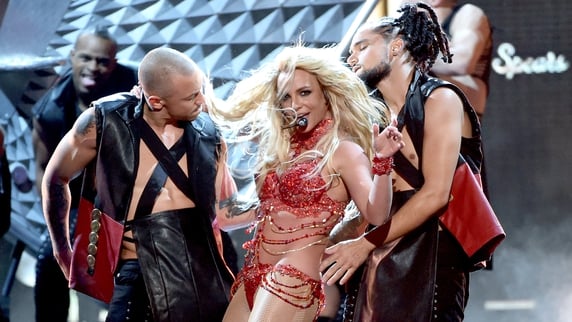 It wasn't long before she ditched her jacket to show off her risque bejewelled bikini, moving into a rendition of her 2008 hit Womanizer, complete with some seriously impressive choreography. 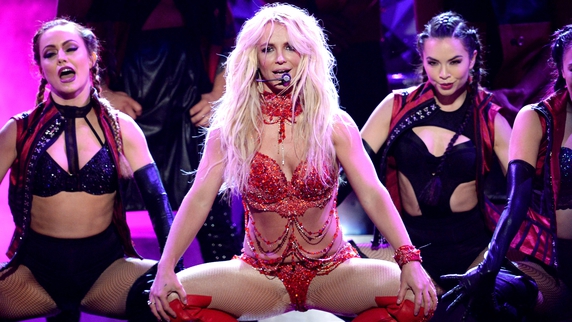 After taking it down a notch with her 2003 track Breath on Me, she brought the energy back up with fan favourite I'm A Slave 4 U, which saw her gyrate around a gold pole. 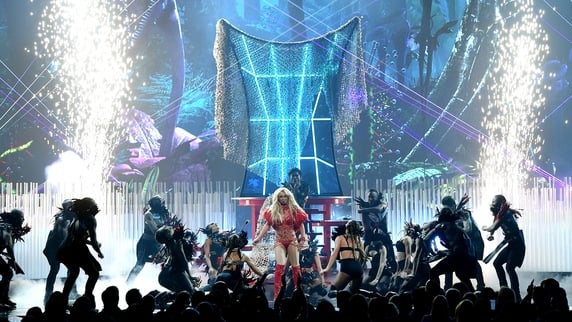 The Weeknd was the big winner at the awards, taking home eight gongs, while Adele followed with five, including the coveted Top Artist award.

Take a look at the full list of winners from the 2016 Billboard Music Awards below and check out our gallery of the event here.

Top R&B Album:
The Weeknd, Beauty Behind the Madness

Top Christian Album:
Lauren Daigle, How Can It Be

Top Radio Song:
Walk the Moon, Shut Up and Dance

Top Rock Song:
Walk the Moon, Shut Up And Dance