The Waterboys, Dolores O’Riordan, HomeTown and The Chieftains are among the artists who have contributed songs to a new album to raise money and awareness of Ireland's homelessness crisis.

The Rising Against Homelessness CD was launched on Friday in Dublin's Temple Bar with live performances from The Celtic Tenors, Mundy, August Wells and boyband HomeTown.

The album follows the successful Rock Against Homelessness concert in Dublin's Olympia in April and raised over €35,000.

The Rock Against Homelessness concert

Sunday Independent journalist Barry Egan organised Rising Against Homelessness and marvelled at the generosity of the acts involved in the CD.

"It's such a good cause that when you ring up and ask Mike Scott will he do a song, he didn't even get back to me, he just did the song and sent it through. Dolores O'Riordan did the same," Egan told RTÉ TEN. "The generosity and spirit of people to do this is amazing.

#RisingAgainstHomelessness organiser @RealBarryEgan couldn't get over the generosity of the stars involved in the CDhttps://t.co/tWGIa01gIK

HomeTown are among the acts that appear on the CD, performing a version of The Auld Triangle. They told TEN that they were excited to be involved in the project, despite their nerves at taking on such a classic song.

"Once we found out what it was for, there was no question. The only thing we were nervous about was the song itself, The Auld Triangle. Everyone knows it, it's ingrained in Irish history and if you make a bad job of that song it's nearly like you've offended everyone in the country, so we made sure to put a lot of practice into it," Cian told RTÉ TEN.

Rising Against Homelessness is now on sale at Starbucks outlets, and major record stores nationwide for €10.00 and features tracks by The Waterboys, Dolores O’Riordan, The Saw Doctors, Camille O’Sullivan, Mundy, the late Fergus O'Farrell, The Chieftains with Sinead O’Connor amongst others.

All proceeds from the CD will go to Focus Ireland’s youth projects. 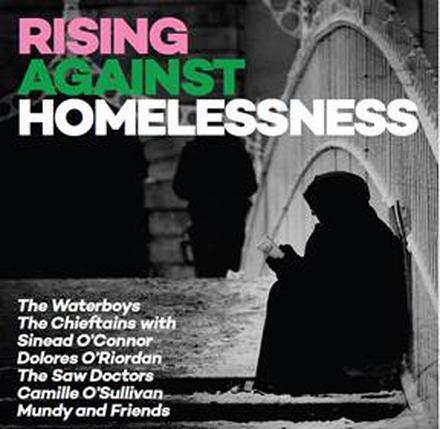