Benjamin Cleary, who wrote, directed and edited the film, accepted the award with producers Serena Armitage and Shan Christopher Ogilvie, and director of photography Michael Paleodimos.

The foursome were the only Irish nominees to take home Oscar glory following a record number of nominations this year. Stutterer can be watched on the RTÉ Player.

Room star Jacob Tremblay and Beasts of No Nation's Abraham Attah presented them with their award, and during his speech Cleary said: "Every day is a proud day to be Irish, but today even more so... Sláinte!" 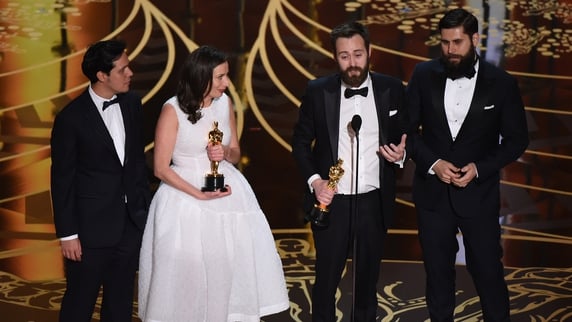 The Oscar for Live Action Short Film goes to… pic.twitter.com/1WnaDHw86v

Room author Emma Donoghue was among the Best Adapted Screenplay nominees for her script of her own best-selling novel, and was joined in that category by English writer Nick Hornby, who adapted Colm Tóibín's Brooklyn for the big screen. Both were unsuccessful however, with The Big Short taking the trophy.

Lenny Abrahamson, director of Room, lost out on the accolade to The Revenant's Alejandro G. Innaritu. It was Innaritu's second consecutive win having taken the award at last year's ceremony for Birdman.

Brooklyn star Saoirse Ronan lost out on the award for Best Actress, but with Room star Brie Larson taking the top prize, it's still a worthy celebration for the Irish film industry. 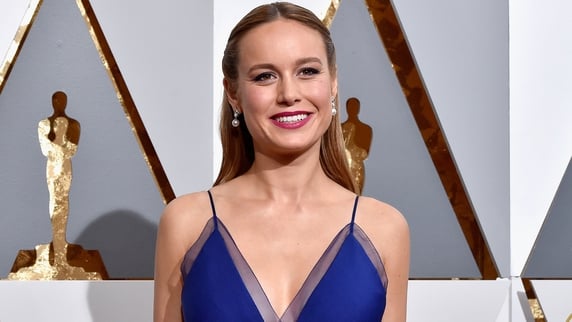 During her acceptance speech Larson thanked movie-goers, The Academy, her partner, friends and family, but gave a special shout out to Abrahamson and Donoghue for making the film.

"I'd like to thank our director Lenny Abrahamson who is incredible," Larson said. "Emma Donoghue, you created this world. Jacob Tremblay, my partner through this in every way."

The Irish Oscar nominees were having a great time - and looking very stylish - on the Oscars red carpet before the event.

Ronan revealed the main thing she learned from her first Oscars outing in 2007 - when she was nominated for Best Supporting Actress for her role in Atonement – eat a lot beforehand. 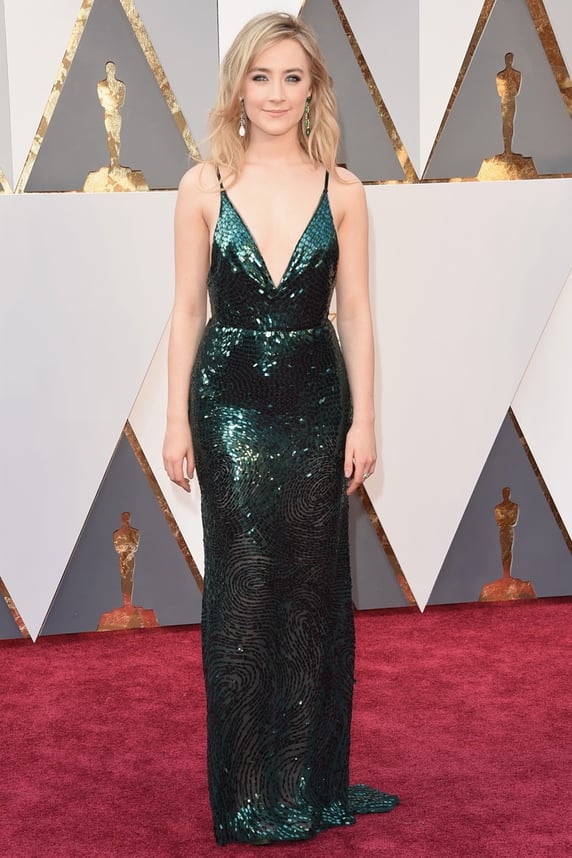 "Eat beforehand because you won't get fed for another six hours, so I ate a lot of food before I got here," the 21-year-old star told ABC on the red carpet.

The star spoke about being honoured to be named alongside her fellow nominees, "When you've got people like Cate [Blanchett, Carol] and Charlotte [Rampling, 45 Years] who have been in the game for such a long time and have such a great body of work. To be put in a category with them for anything is wonderful." 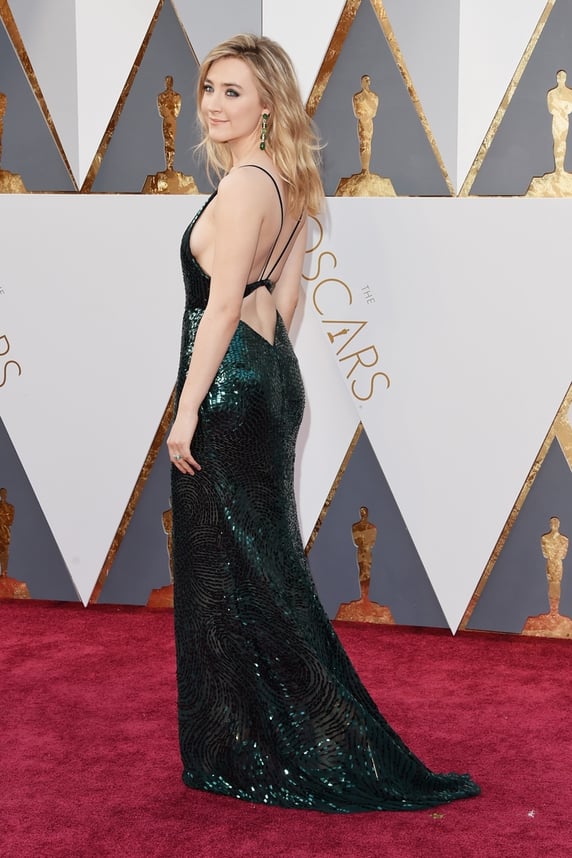 The piece was heavily sequined on top, with spiral patterns created in the almost sheer skirt. The cut-out back made it a real show stopper.

With her blonde locks tousled to perfection, Saoirse looked effortlessly chic and a classic smokey eye truly pops. Is this the dress to beat? We think so! 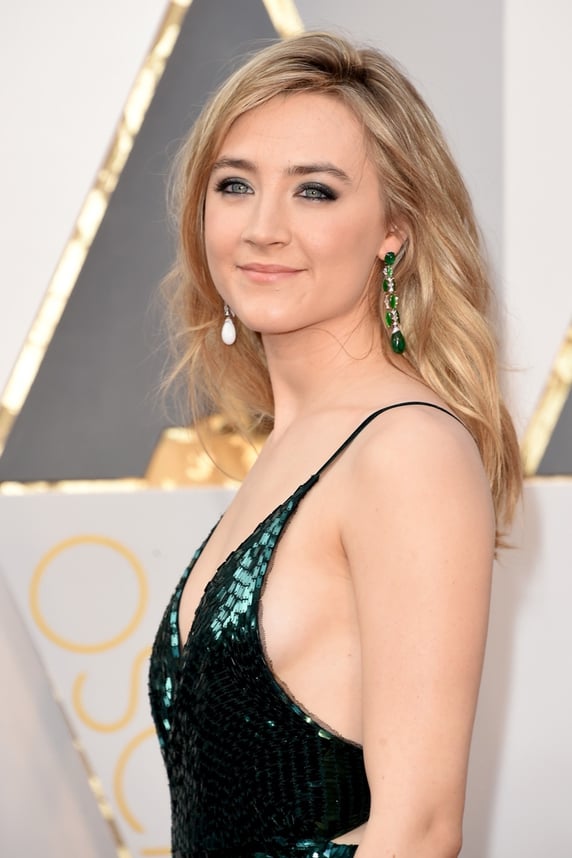 "The funny thing is with George, we sat beside each other at a luncheon about a month ago and had a chat and then you know, Lenny met George, and we all got to know each other, it's like a goldfish bowl and we all become friends," Guiney told ABC on the red carpet.

Speaking about his nomination, Abrahamson admitted that he didn't expect to take home an Oscar but the nomination is enough of a reward for him, "For me that's the reward (the nomination), that's the prize, I really wasn't expecting it, such a small movie, that we would be here."

Abrahamson added that he is delighted with the recognition Room star Brie Larson received for her performance in the film.

"Brie - it's amazing, I'm just so proud this is the film that's bringing her to the audience she deserves to have," he said. 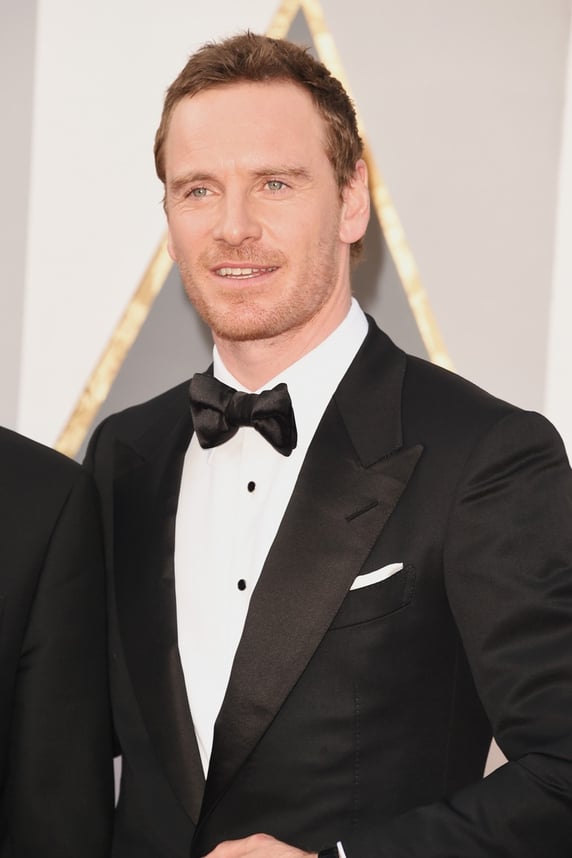 Michael Fassbender, who was joined on the red carpet by his father, echoed their sentiment that catching up with friends and meeting new people is the highlight of every awards show.

"That's the fun part of these things, you get to hang out with your peers and have some fun," Fassbender said.

President Michael D Higgins has hailed the strength of the country's film industry on a night when home-grown talent was strongly represented at the Oscars. He said the strong line-up of Irish actors and film-makers was a "tribute to the Irish film industry".

"It is now accepted internationally that Ireland has an accomplished film industry, providing a great return from the investment in film - made over recent decades - through highly skilled jobs and an enhanced international reputation," he said.