Irish rugby player Donncha O'Callaghan spoke about his delight about becoming a father for the fourth time on the debut episode of The Ray D'Arcy Show.

He and his wife Jenny welcomed son Jake this week, adding to their family of three young daughters. He said both mother and baby were "keeping really well, they're back home since Wednesday and it's going great."

O'Callaghan told D'Arcy that he was hoping to have a boy, saying: "I'll be honest Ray, I was delighted when I saw his...equipment. I genuinely was!" 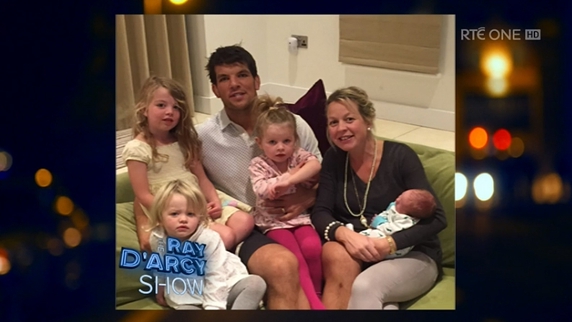 Donnacha O'Callaghan and his family

He joked that his newborn son is already in trouble with his sisters, saying: "He's actually after breaking a plate and a cup already. I came down this morning and my middle girl Anna had obviously smashed a plate and a cup and I said 'What happened here Anna and she said 'Jake did it'. So I went over to her and I said 'So he got out of the Moses basket, walked over and broke that cup?' And she went 'No he's a baby, he crawled!'"

O'Callaghan also spoke about being there for the labour, saying: "It's probably the place where no man should be. I think if males had to give birth there would be one baby born ever and that would be it. I genuinely do not know how ladies go through it, respect goes through the roof for Jenny. It's incredible.

"The only thing I can compare it to is really hard fitness sessions that we do, and in that you'd go 'Come on you can get through it!' And that's the worst thing you can say to a lady in labour. 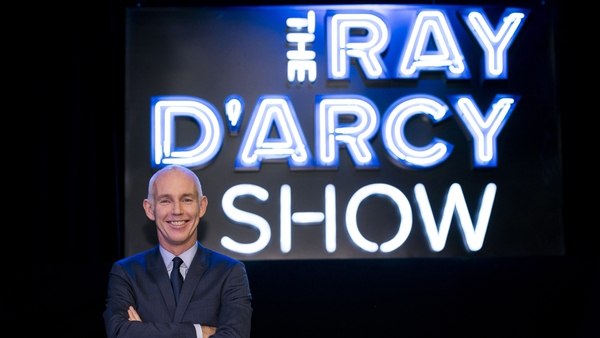