Christina Hendricks has admitted that she "tried for years" to change her Mad Men character's hairstyle but she wasn't allowed.

The star, who plays Joan Holloway on the show, told People magazine, "One thing I tried for years and was told no every time was I wanted her to have her hair down.

"And my boss said, 'Women find a style they like and they stick to it', and I went, 'That's the craziest thing, my girlfriends and I are changing our colours and cuts all the time'." 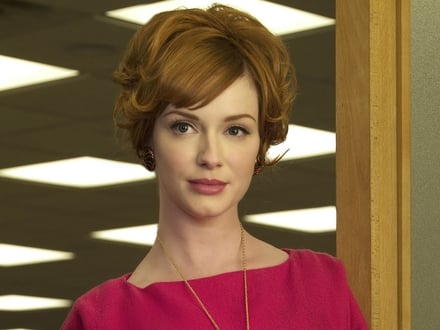 She did come around to the look in the end however, "Now I'm glad, because it ended up being her look. I think I've had every possible updo known to man over the past seven years.

"In the beginning it was very tight and very sprayed, and by the sixth season I was like, 'Come on' she's going to a party. Can't we just loosen it? How about a little more Brigitte Bardot?' But there was very little wiggle room - they watched my hair like a hawk. I heard there was a threat at one point that if I kept asking to put my hair down, they were just going to chop it off."