At a wise and stately 80 Cohen remains one of the great voyagers and chroniclers of the heart. Read our review.

Even at a brief 36 minutes, Leonard Cohen manages to distil another oak-aged cask of laughs, tears and hard-won wisdom on his 13th album. The archly-titled Popular Problems is the latest instalment in his extraordinary Third Act, a career revitalisation that has seen him undertake Dylan-like touring commitments and now release a new album a mere two years since his last one.

Len at a stately 80 is still playful, still rueful, and still has a lot to say about the great injustices of life. This could be Cohen at his wisest but also his angriest - on inky black lead single Almost Like The Blues he nails our seeming impotence in the face of injustice and suffering with the lines: "I saw some people starving. There was murder, there was rape . . . There's torture and there's killing. There's all my bad reviews . . . Lord it's almost like the blues."

Mostly, however, he looks back on a poet's life of love and love lost, in places his voice cracking like worn plaster in all its parched sorrow. But on Nevermind, Cohen drips contempt with acid lines: "this was your heart, this swarm of flies, this was once your mouth, this bowl of lies", on a song that finds atrocity and betrayal as popular now as it was during his sixties peacenik dawning.

Of killer pay-offs and self-reproofs, there are many but thankfully his band no longer rolls along with the languid disposition of a chintzy jazz act. As ever, backing singers Charlean Carmon and Donna Delory beam down celestial oohs and ahhs, almost keeping the rascal in check, but musically Len is no longer nodding off in the late-night departure lounge.

He has mostly jettisoned the bland synth sheen that made 2004’s Dear Heather so hard to bear. Working again with one-time Madonna collaborator Patrick Leonard, Popular Problems has a certain spare brittleness - it’s got awkward angles and vocally, Cohen also sounds even darker and deeper; Slow which is about how he, well, likes It slow, is a murky New Orleans gumbo that Dr John would be proud to call his own and there’s a touch of Tom Waits’ unearthly groan on album stand-out Did I Ever Love You.

There is plenty of bon mots and cut `n’ dry humour. On A Street he quips, as much as one can quip in a low rumble, “You put on a uniform to fight the Civil War/You looked so good I didn’t care what side you were fighting for” but later, he adds the freeze-you-in-your-tracks line “I saw the ghost of culture with numbers on his wrist.”

It’s one of many haunting lines from Cohen’s latest manual for failure. He has rarely been funnier or more deadly serious. At a wise and kind 80, Cohen remains one of the great voyagers and chroniclers of the heart. 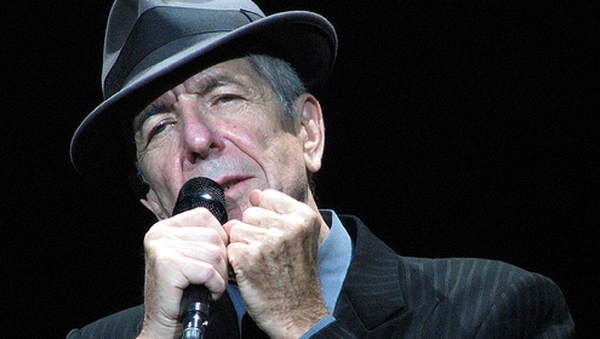