Colin Farrell is set to start shooting Seven Psychopaths, but has revealed that he "wouldn't know" how to break down the plot.

Despite not fully understanding the film, the Dublin-born actor has said he is excited to be taking part.

Farrell is reuniting with Martin McDonagh, his director for 2009's In Bruges, for which he won the Golden Globe Award for Best Actor.

He told Collider.com: "I’m starting in a few weeks. If you held a gun to my child’s head, I wouldn’t know how to break down that plot.

"Martin [McDonagh] wrote a great and really original script. We are shooting it here in Los Angeles, which is magic. So I will get to be home with the boys and stuff. We start in about five weeks."

Farrell also revealed to the website that he got into acting thanks to the classic films E.T. and Rocky.

"The first film experiences that I can remember are two things: E.T. and Rocky. They were two things that really moved me and stirred me at whatever age I was. I may have seen E.T. when I was seven or eight in a theatre, but I cried like a seven or eight year old. I just loved it.

"I was just taken away completely to another world. It just inspired in me all sorts of thoughts, emotions, and it stayed with me very much. Rocky was the same." 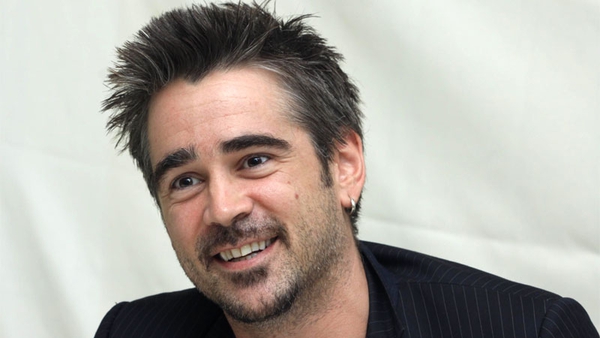