will.i.am has been signed to produce U2's next album, and has said that it will be a milestone in his career.

The Black Eyed Peas star talked about his excitement at joining the band in the studio to The Sun.

He said: "You talk about one day looking back at milestones in your career - working with those guys will be light-year stones. I look at U2 and think, 'Wow, I hope our group can stay together that long and still make brilliant music.'

"And just being around Bono and the guys is inspiring. It's like how a government should be. Bono for president of the world, I say. I try and do good and my bit to help the world but Bono is on another level. My car's pretty cool but he has a spaceship."

will.i.am also that his decision to work with the band, despite their very different musical backgrounds, is not as incongruous as it may seem.

He said: "There's only one type of music and that's good music, no matter what genre it is. Bono is one of those guys who sees it that way and there's no right or wrong. There are no rules once you lift the veil off.

"I went to Bono's house for lunch and George Clooney and Cindy Crawford were there. I played some of the songs we'd been working on together and everyone was blown away. They all left the finger food to come and hear." 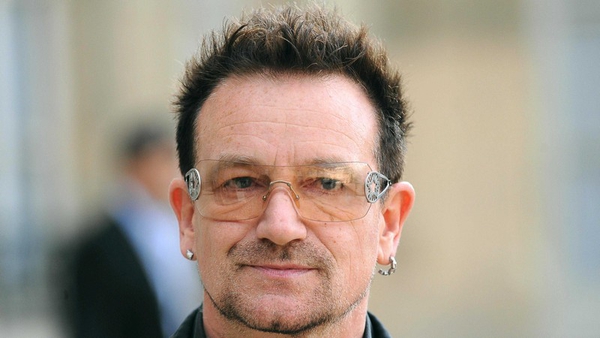 Bono hints at new U2 album