It's in cinemas on 2 April, and we're giving you the chance to go behind the scenes on the 3-D blockbuster 'Clash of the Titans'.

Directed by Louis Leterrier ('The Incredible Hulk', 'Transporter 2') and starring Sam Worthington, Gemma Arterton, Liam Neeson and Ralph Fiennes, 'Clash of the Titans' follows the adventures of warrior Perseus (Worthington) and his men as they battle Hades (Fiennes).

Watch the featurette in Windows or Quicktime.

'Clash of the Titans' is released on Friday, 2 April. 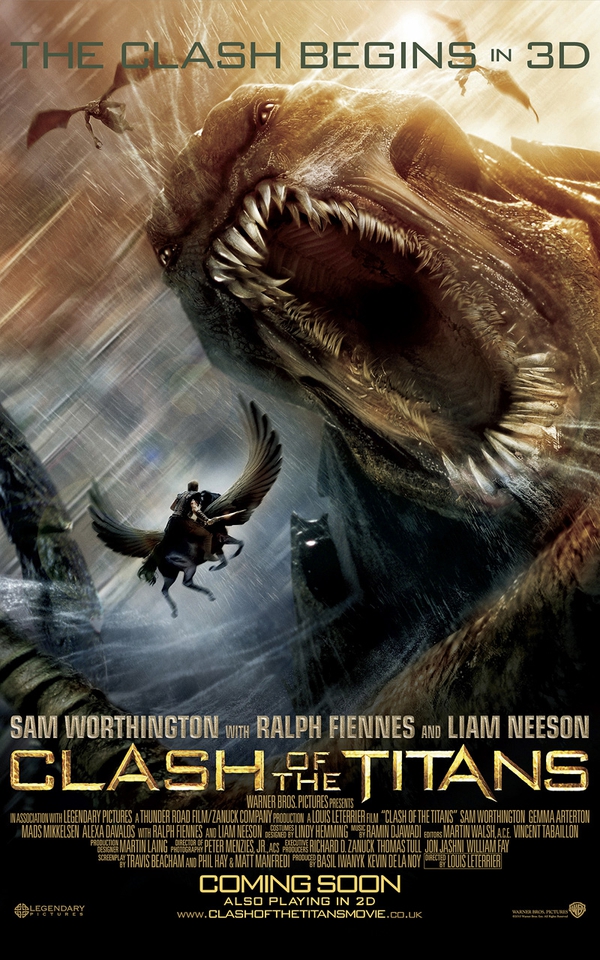