John Cleese has shown off his hair transplant to presenting couple Richard and Judy.

The 'Fawlty Towers' and 'Monty Python' star revealed he had had the recent operation while being interviewed for the couple's TV show.

While discussing a hip operation he had a few years ago, Cleese announced: "As we're talking operations, since I saw you last, I've had a hair transplant."

Cleese explained how the procedure involved two strips of hair being taken from the back of his head, then cut into a further 800 pieces, with the 800 incisions then transplanted back onto the scalp.

On the reasons why he undertook the operation, Cleese divulged: "Because I have got a very strange shaped skull, very pointy... and I don't like wearing wigs!"

Cleese also confirmed that he is penning a movie script with his long-time friend, actress Lisa Hogan, around his split with third wife Alyce Faye Eichelberger.

The movie is to be called ‘May Divorce Be With You’.

Cleese was recently asked by The Times if he would have liked to have spent the past 40 years with one woman.

He replied: "No. I think it should be like dog licences. I think you should have to renew marriage licences every five years, unless you have children." 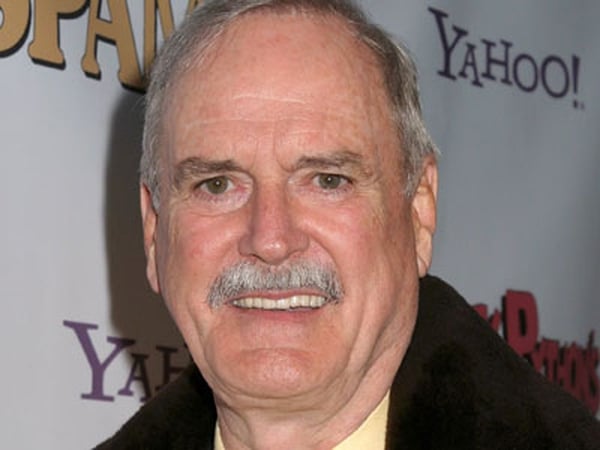