Mel Gibson is to receive the Outstanding Contribution to World Cinema Award at the fifth annual Irish Film and Television Awards in Dublin on 17 February.

Gibson will attend the ceremony at Dublin’s Gaiety Theatre to accept the award, the first award of its kind to be presented by the Academy.

The Australian actor has starred in over 48 film and television productions in a career that spans over four decades. He is best known in Ireland for 1994's 'Braveheart', which he starred in and directed in Ireland.

The movie was the first major international film to use Ireland as a location under new tax incentives and went on to win five Academy Awards, including Best Picture.

Speaking about the award, Áine Moriarty, CEO of the Irish Film and Television Academy, said they were “delighted to welcome Mel Gibson back to Ireland".

She added: "The Academy holds Mr Gibson’s film achievements in the highest regard. His drive, vision and determination have inspired so many young Irish filmmakers over the past three decades who have followed his creative journey in filmmaking, both in front of and behind the camera, moreover since he filmed the epic 'Braveheart' here."

The Australian actor has Irish connections on both his mother’s and father’s side.

His late mother, Anne Patricia Reilly, was born in Co Longford and his great grandfather on his father’s side was Patrick Mylott, who moved from Ireland to Australia in the late 1800s to escape the Famine.

Gibson’s grandmother, Eva Mylott, was a celebrated opera singer who performed across the globe, moving from Australia, to Europe and then to America, where she finally settled and married John H Gibson, the actor's grandfather.

Hutton Gibson, the star’s father, was born in Chicago. Anne Reilly and Hutton Gibson married in Brooklyn in 1944 and Mel Colmcille Gerard Gibson was born on 3 January, 1956 in Peekskill, New York.

He is the fifth child in a family of 11 children. Gibson is named after the Church of Saint Mel located in his mother’s birthplace, Co Longford, while his middle name, Colmcille, is that of the Irish diocese where his mother was born and also the name of the Irish saint.

When the star was 12-years-old, the Gibson clan emigrated to Australia, but first the family travelled to Ireland to share a family holiday and learn about their ancestors.

Gibson began his career on Australian TV. His breakthrough role in film was in 1979's 'Mad Max', while he was catapulted to international stardom in 1987 as LAPD detective Martin Riggs in 'Lethal Weapon'. The buddy movie later spawned three sequels.

In the years following 'Braveheart', he has starred in 'Ransom', 'Conspiracy Theory', 'The Patriot' and 'We Were Soldiers'. His most recent works as a director were 2003's controversial 'The Passion of the Christ' and 2005's 'Apocalypto'.

The Irish Film & Television Awards take place on Sunday 17 February at Dublin’s Gaiety Theatre.  They will be broadcast live on RTÉ One from 9.30pm with an IFTA Red Carpet Show to follow on RTÉ Two at 7.30pm on 18 February. 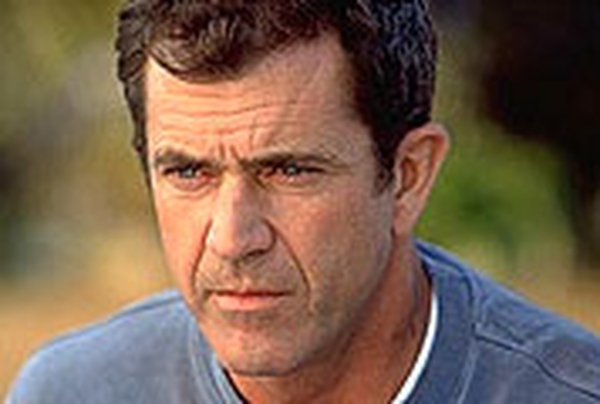