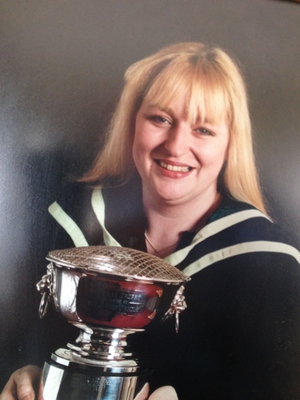 Opinion: it is time to challenge our own stereotypical beliefs and acknowledge that all victims deserve support regardless of gender or sexual orientation

The things we often do not what to think or talk about are the abuse and neglect of children, the rape and sexual assault of adults, physical assault, stalking and emotional abuse. Very rarely do we want to step out of our own safe little life bubble and truly examine the darker side of the human condition and the very darkest taboos in society. But when we do brave the conversations around these awful experiences we inevitable think of female victims, little girls or grown women who have fallen prey to evil men.

While these experiences are, without doubt, among the most awful things that can happen to anyone, we are missing something fundamental about victims of these very personal types of crime: other than rape, the vast majority of victims are male.

More little boys are killed as a result of neglect and abuse, the majority of them being under three years of age. More adult men are victims of assault and violent crime. Indeed, when a man is the victim of rape, it is more likely to involve greater physical force and violence.

From RTÉ Six One News, Victim Support at Court, a charity which assists victims of crime, has reported a significant rise in demand for their services

Yet research into these very personal victimisation experiences and the negative mental health impact is female focused. Support for victims is based on this female centric approach and services for victims are driven forward by a female agenda. This is no bad thing: services for female victims are still severely under-resourced and lacking in some of the most basic provisions. But very little in the way of specific treatment pathways and support exists that are designed to support victims who identify as male, transgender or LGBT+.

Consider the amazing achievement of the #MeToo movement which managed to focus attention on the systemic issue of sexual assault and coercion of women within internationally recognised movie and television corporations. Women were encouraged to wear black and stand with their female counterparts, but that was only half the story. Men such as Brendan Fraser fromThe Mummy franchise, James Van der Beek from Dawson’s Creek and Michael Gaston from The Man in the High Castle all came forward to share their horrendous experiences. Isn’t it a case of #MenToo?

Yet we know that for someone experiencing any one of these awful experiences, their risk of multiple and further victimisation experiences increases alarmingly and can continue right across the course of their life. In childhood, someone could be a victim of physical abuse and neglect. In adolescence, they may experience bullying or dating violence. In young adulthood, they may be victims of assault or stalking. In adulthood, they may suffer intimate partner violence or rape. Later adulthood could see issues of coercive control elder and institutional abuse in old age.

These multiple experiences (often known as poly-victimization) impact mental health in a dose-response fashion; the more victimisation experiences a person is exposed to, the more negative mental health symptoms they are at risk of experiencing. Symptoms of depression, anxiety, PTSD, and many other psychopathologies interfere profoundly with daily functioning and life in general, with the most devastating and severe consequences.

Where there are symptoms of mental health difficulties, these often impact not just the victim, but friends and family as well. Work becomes difficult and involvement in the community becomes non-existent. Men in particular are known to withdraw and not disclose these experiences or the difficulties they are having with their mental health. Alongside this, the sense of self-worth and self-esteem can be severely impeded, interrupting a person’s ability to feel they make a worthwhile contribution to life and to see their own value as a person. This is important for men and young men particularly, given that they are at an elevated risk of suicide.

We send far more young men than women into theatres of war. We put them in tin boxes and shoot them towards the stars, yet we ignore the damage done to them at the hands of other people, often people they will know. At the most basic level, these failings in policy and provision contravene human rights legislation as laid out in law that states discrimination is not acceptable in our society. Yet, here we are: in a culture that rarely sees beyond female victims of male perpetrators, with some support for women and children, but very little for men.

Inequalities exist in all areas of life and men are better off in some respects (for example, the gender pay gap which is unjust, is thankfully being slowly addressed). However, in the case of victimisation policy and support provision, it is more likely that females can and will access services much more than men.

As a parent, I am interested in, and concerned about our society and the world my children are growing up in. As a researcher, I want to strive to make that a better place. It is time to challenge our own stereotypical beliefs and advocate a more egalitarian approach to policy and provision, because all victims deserve support regardless of their gender, or sexual orientation.

Carol Rhonda Burns is a PhD student and a member of the Psychotraumatology, Mental Health and Suicidal Behaviour Recognised Research Group at Ulster University