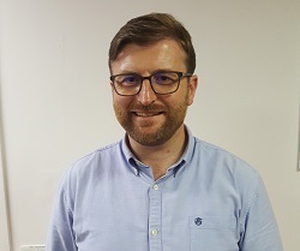 Opinion: how does Pope Francis compare to his modern predecessors and has his approach to date been marked by continuity or change?

It is not usual for popes to feature in the comedy monologues of American TV late-night talk show hosts. But in March 2014, as the first anniversary of Pope Francis’ election approached, NBC’s Seth Meyers referred to an opinion poll that found that American Catholics felt more enthusiastic about their faith thanks to Francis. Meyers added that "people like this pope", as he was like your high school friend’s cool dad "who let you do stuff".

While surely not meant to be taken too seriously, Meyers’ throwaway gag reflected the wider popular narrative that this pope was somehow "different". There is a grain of truth in this perception of "difference". Five years into his tenure, the evidence for a "Francis effect" and larger numbers in the pews is patchy though a greater curiosity about Catholicism abounds. Francis, the first pope from the southern hemisphere, stands on the shoulders of his recent predecessors whose memory he reveres. Indeed, he has already canonized two of them, John XXIII (1958-1963) and John Paul II (1978-2005).

How much of Francis’ approach, therefore, is marked by continuity or by change? To answer this, three essential elements of any pope’s mission should be borne in mind: providing continuity, managing change carefully and, finally, holding the centre of the Church together.

The seminal event in the history of the Catholic Church in the lifetime of Argentina’s Jorge Mario Bergoglio has been the Vatican Council II (1962-65). Announced in January 1959 by "Good Pope John", just months into the 23 year old Bergoglio’s training as a Jesuit priest, Vatican II ushered in a period of great reform in Catholicism and remains Francis’ "greatest teacher," writes biographer Austen Ivereigh.

A new pope, Paul VI (1963-78), brought the Council to conclusion in 1965 yet that was just the beginning of the arguments. In a sense, there has been a 50-year tussle (or "culture war", some would say) between progressives and conservatives within the Church over Vatican II’s meaning and about change, continuity and how to respond to secularism.

In the eye of the storm is the papacy, tasked with holding the centre together.  Viewed from Latin America, Bergoglio had been an archbishop who synthesized continuity and change. Liberation Theology, a type of radical social gospel that flourished in the 1970s, had inspired but also divided the church because of its alleged Marxism. At Aparecida, Brazil, in 2007, Bergoglio and the Latin American bishops produced a significant document reconciling what we would recognise as Francis’ vision of "a poor church for the poor" with tradition.

From RTÉ Archives, Radharc's "New Day in Brazil" from 1977 was the first documentary about liberation theology in South America

The interlinked pontificates of John Paul II and Benedict XVI (2005-13) spanned a whole generation of Catholic life. As younger men, both Karol Wojtyla and Josef Ratzinger had been direct participants in Vatican II. The Polish pope emphasised renewal while remaining firm on challenging teachings. Ratzinger, whom John Paul appointed as chief of doctrine in 1981, has always argued that continuity is the key to unlocking the true meaning of Vatican II.

With his popular touch, Francis shares John Paul II’s unerring sense of the power of gestures and an ability to be a canny politician. In contrast, whereas John Paul went "on tour" and soared above the details of Vatican administration, cardinals elected the Argentinian outsider in 2013 to "clean house", something which had defeated long-time insider Benedict. As John L. Allen, doyen of Vatican journalists, reports, this task has frustrated Francis too. Abuse scandals and the scandalous cover-ups are another test on which Francis has, to date, a mixed record.

Ironically, it was champion of continuity Benedict XVI who hurled a thunderbolt in February 2013 by becoming the first pope in seven centuries to resign. Resigning was, even his critics agreed, an act of reform that put clear distance between the man and mystique of the office. The current and retired bishops of Rome are on cordial terms. Their styles differ greatly, their substance not quite as much; Francis and Benedict, in the popular narrative, are pantomime opposites, a kind of "good pope/bad pope" routine.

From RTÉ Radio One's Morning Ireland, a report on the resignation of Pope Benedict XVI in 2013

This inaccurate view reflects the real wounds in the church. For some, Benedict will always remain "Ratzinger", the hardline chief of police, hammer of the heretics and of gay rights. As pope, however, Benedict’s signature encyclical letter Deus Caritas Est (2005), stressed that "God is Love" and that Christianity was not, fundamentally, a set of rules, but rather a personal encounter with Jesus Christ. Here he and Francis are completely at one.

The instinctive difference between them is that Benedict considers that the church might shrink in size to become truer in order to be the "mustard seed" planting the Gospel for a future harvest. Like John Paul, Francis instinctively sees the church as a big tent, making his own of classic "JP2-like" gatherings like the World Youth Days. For Francis, the tent is also a "field hospital" for the wounded from the drama of existence. Francis’ sense that pastoral need, "encountering" people where they are, has priority over orthodoxy, goes considerably beyond his predecessors’ boundaries.

Francis has tried to lower the temperature within the Church on some hot-button issues, such as in his signals of recognition to LGBT Catholics. His hints of support for a more relaxed approach on the question of divorced and remarried Catholics receiving communion, particularly in his exhortation on family life Amoris Laetitia (2016), have caused stirs amongst prelates and Catholic bloggers.

At the centre of all this stands a man, the pope, not so much a global CEO as the designated pastor for a universal church of 1.2 billion members

In his recent book To Change the Church, New York Times’ columnist Ross Douthat says that Francis has been way too partisan on this topic and risks pushing traditional Catholics towards schism. Critics argue that the indissolubility of marriage is a difficult but core teaching which this pope risks compromising. Francis’s like-minded appointees, such as Cardinal Blaise Cupich, his choice as archbishop of Chicago, defend Pope Francis’ "revolution of mercy" as perfectly consistent with Catholic tradition.

Francis’s avowed purpose at his election was to prioritize the "existential margins" and global injustice and to turn the Church away from her own internal arguments towards the needs of the world. Yet the current impasse over Amoris Laetitia risks spawning years more of internal division. The resolution lies in the Catholic future and perhaps in several papacies’ time!

At the centre of all this stands a man, the pope, not so much a global CEO as the designated pastor for a universal church of 1.2 billion members. It’s no small burden, as reflected in the private remark of Albino Luciani, the humble Italian peasants’ son who became the "smiling pope" John Paul I and who reigned for just 33 days in August-September 1978: "Look, Monsignor, I smile, and I always smile, but believe me, inside I suffer."

Dr Gearóid Barry is a Lecturer in Modern European History at NUI Galway.