Performed by Stage Beyond Theatre Company,

And with an original score by Si Schroeder 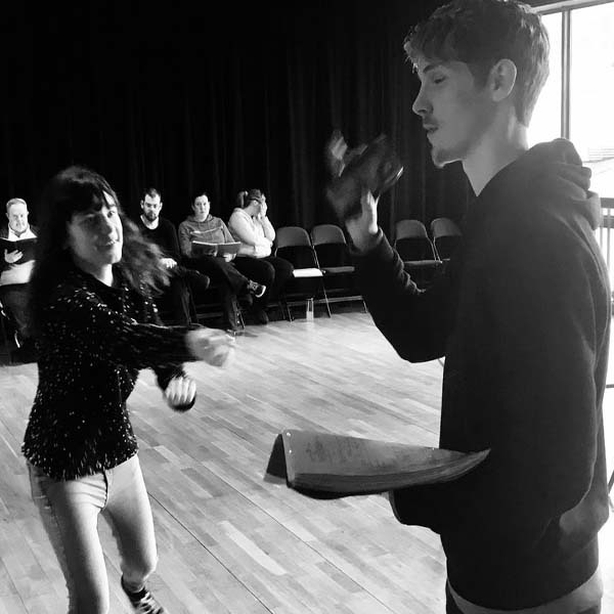 Something is rotten in the state of Derry, and Hamlet is determined to fix it… between all-night computer gaming sessions, angry rants on YouTube, and fights with his girlfriend on Snapchat.

This is Hamlet, Prince of Derry - a Hamlet for our distracted times.

Stage Beyond is Derry's theatre company for adults with learning disabilities. Here the Stage Beyond players bring their unique skillset and perspective to the most famous play in the English language, re-imagined for the company.

It was all due to premiere as a stage play in May of this year.

But because of the Covid-19 crisis, the production has moved to radio, with RTÉ Drama On One teaming up with Stage Beyond to use an array of online apps to record the cast during the lockdown.

So imagine our cast, each player working from home on the phone, waiting for their cue to deliver this unique Hamlet for our times.

Adapted for the company by Colin Murphy.

Performed by Stage Beyond Theatre Company.

Other roles were played by members of the company.

The Artistic Director of Stage Beyond is Dee Conaghan

Special thanks to Lyndsay Martin, Brian Cash and Sinéad Murphy

Hamlet Prince of Derry, adapted by Colin Murphy, was produced by Kevin Brew.

The Series Producer of Drama On One is Kevin Reynolds.

The RTÉ Group Head of Drama & Comedy is Shane Murphy.