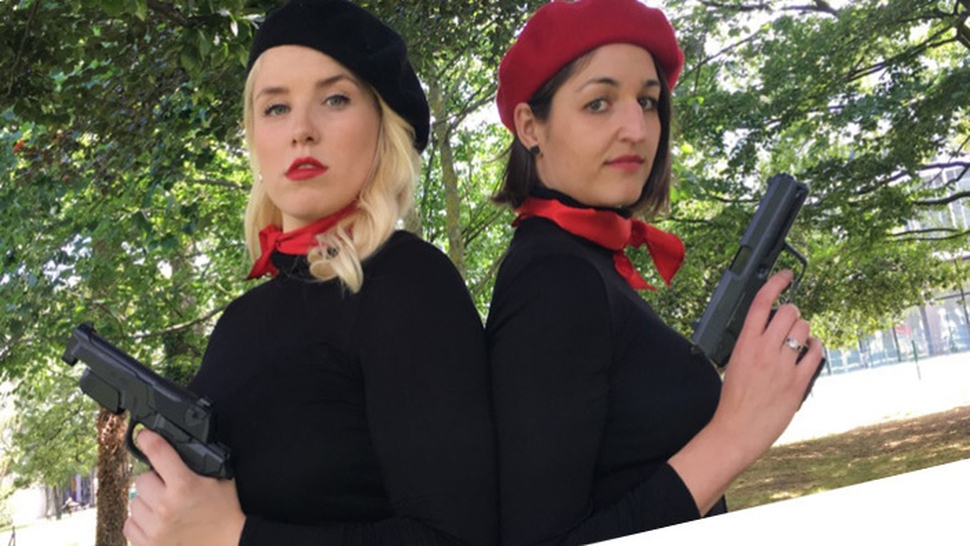 Sibling sister assassins-for-hire, Mel and Lu, have just turned up at the location for their very last kill – a ramshackle bar that has most definitely seen better days.

Into the bar they swagger, along with plenty of ammo, two guns, one switchblade knife and enough attitude to ensure that the overly inquisitive barkeep is not going to give them the runaround.

But something feels 'off.  And several rounds of their favourite cocktails later, in this darkly comic realm of the absurd, the sibling assassins are about to discover what that something is...